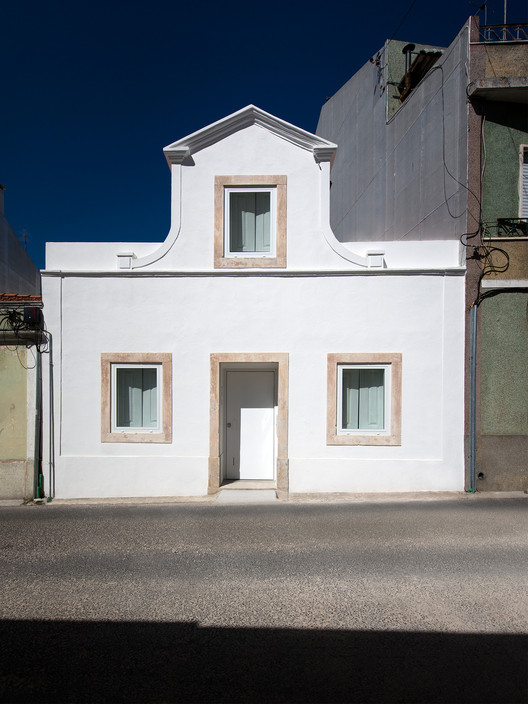 Text description provided by the architects. The project proposes the refurbishment of a house built in 1937. Located in the urban area of Caldas da Rainha, its origin is associated with the genesis of this whole urban area, which, at the beginning of the twentieth century, emerged in the west of the railway line that crosses the entire city.

Time was crucial on this house’s layering history, as it endorsed certain acceleration on the advanced state of decay, not to mention the several nature effects or the constant remake and remodel changes imposed to the structure.

An interior courtyard was occupied. Along the years, this area has been used for all kind of purposes - from chicken coop to outbuilding - serving the different needs of those who lived there.

The project returns the house to its dwelling function. The courtyard, surrounded by a 4 meters high wall, with a interior garden, allows a rare sense of intimacy, recalling the city. The entry allowing a focused view of the patio, heading directly to the public part of the house 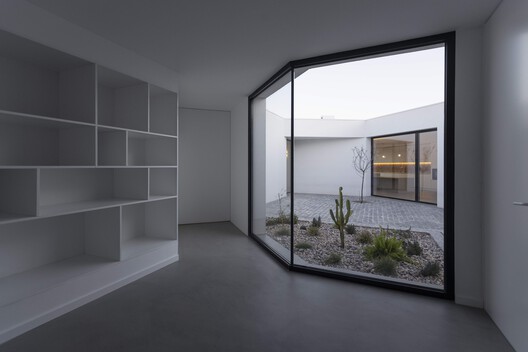