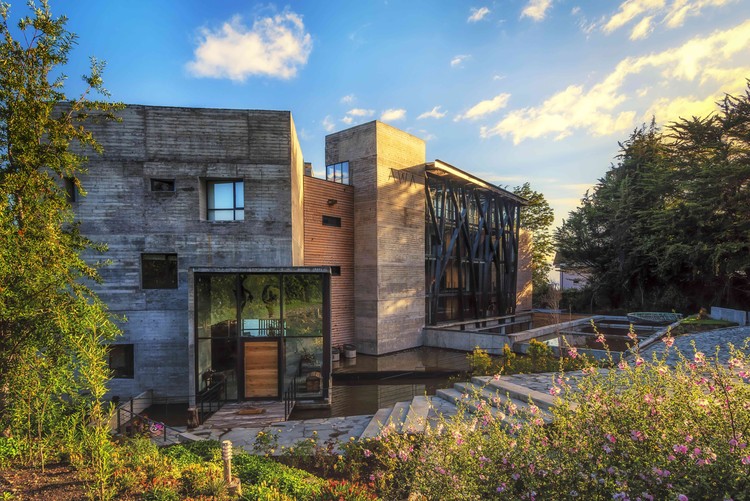 Text description provided by the architects. The project is located on the southern shore of Lake Llanquihue and sits at a 45º angle in relation to the beach. These articulate the volumes of rooms and interior spaces, generating visual tension towards the water and the Osorno Volcano. Likewise, the north-east and north-west orientation is favored in all its habitable spaces, achieving a sunning that optimizes its thermal conditioning, especially in spring, autumn and winter, considering the cold weather. The climate pool, which is glazed on both sides and ceiling, arises in direction to the lake in reinforced concrete, receiving solar radiation throughout the day.

The architectural style breaks with the typical local style, and is instead a contemporary, reinforced concrete structure reminiscent of the Brutalist style in some aspects, with large openings toward the outside to incorporate the landscape without competition, but in dialogue with nature and the breathtaking surroundings.

Facing Route 225, the curtain wall with four-story metal structure over 14.00 m, which recreates the forest latticework, contains both the horizontal and vertical circulations of the building. This permeability gives space and its route a visual connection with the hills and slopes towards the south of the road, which are part of the integral project considering inverter and organic crops of artisanal exploitation that will supply the Hotel itself. On the same facade, and separated by a wall covered in cypress guaitecas, is the access cube, also of reinforced concrete, rotated in 45º from the same interior geometry, with superior perforations with depth to give more body to volume.

The ground floor includes the hall, reception, lobby, bar, living rooms, public restrooms, and three guest rooms. The 2nd and 3rd floors have the remaining guest rooms, for a total of 16, including 4 suites. The 4th level currently has a terrace with plans for a future extension of 6 rooms.

The lower floors include more public areas. One level below the entrance (-1) is the dining room, public restroom, gym, swimming pool and spa. This level also connects to the Events Center, which also has a second access directly from the exterior. Two levels down (-2), the lake level, is used to store the boats, jet skis, kayaks, and implements for water sports, all of which can be moved directly to the hotel’s pier on the lake via a ramp. In addition to concrete, the materials used include cypress guaitecas wood for the stairs, exterior, and the spa, and other native woods for the walls and floors, while local slate and volcanic rock complement the architecture and interior design, filling its spaces with life, warmth, and aromas. 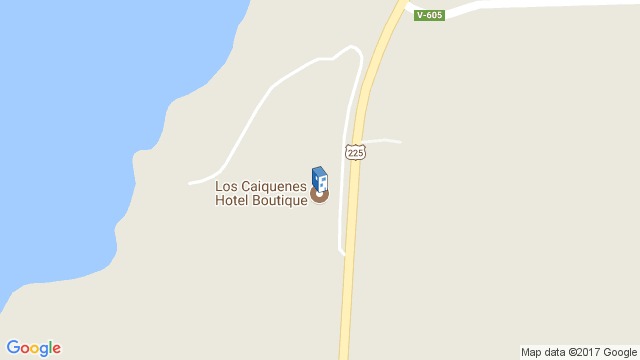 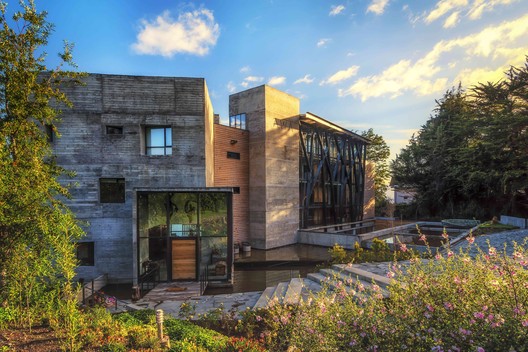