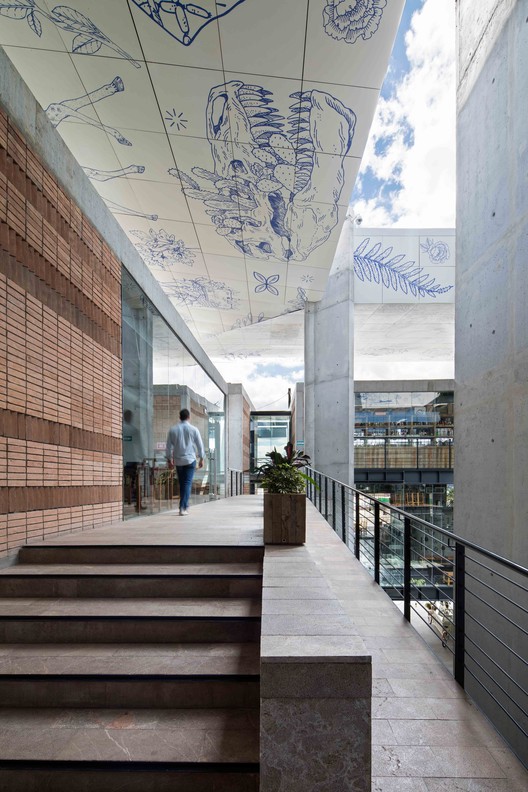 Text description provided by the architects. Il Mercato is a restaurant and entertainment center in Parque Centro, a new development in the city of Saltillo, Mexico. The building is organized around an enclosed patio and has broad windows and balconies towards Parque Centro’s entrance plaza and central park. The structure is an exposed concrete frame with brick walls; it brings together Saltillo’s industrial character and one of its surviving artisanal construction trades. For centuries, the city has been a brick production center in northern Mexico.

The project is laid out as one continuous space. The plan is divided into four sections. The first level, occupying one-fourth of the plan, is one meter over the entrance level. The second level is one meter above the first, and so on. Visitors might reach the building’s top floor through the ramp and staircase circling the central patio, or through a steel elevator tower, which is independent of the main concrete structure.

The building houses a coffee shop, a bakery, and artisanal products shop, a taco and pizza eatery, a high-end restaurant, a playground, a culinary school, and an area for private events. All spaces can be closed off, but the building’s ingenious circulations link all. Thus, guests might have an aperitif in the terrace, eat dinner in one of the restaurants, and stop by the shop in the same visit.

More than 40% of Il Mercato’s served spaces are terraces, which makes the best of Saltillo’s pleasant weather. They offer views of the mountains surrounding the city and are lookouts to spectacular sunsets. A large, cantilevered roof offers shadows to terraces and the central patio and tops off the building’s façade. As a building commissioned by an Italian family as the headquarters of their business, the composition is a modern interpretation of a Renaissance palazzo. Il Mercato’s interiors were designed by Weyes and its image and the graphics on its ceiling by Cadena y Asociados. 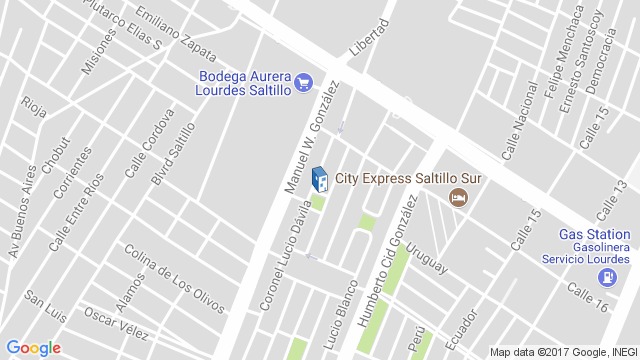