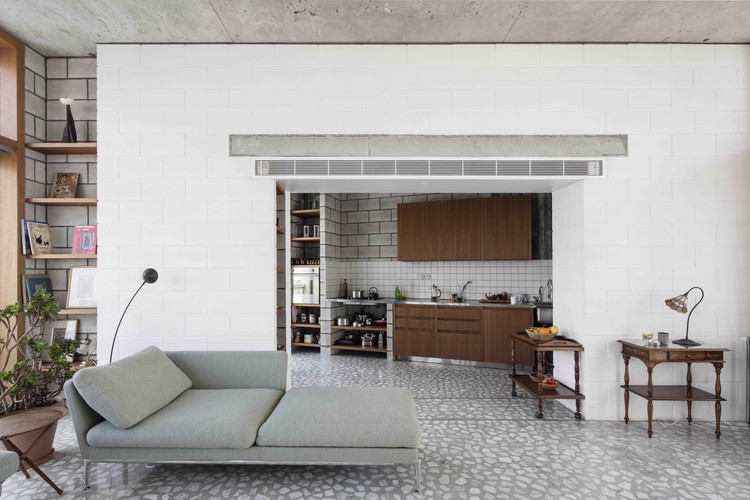 Text description provided by the architects. Le 13ème is a 250sqm roof extension and water tank project situated in a dense area of Beirut and realised by the Brussel based office NOTAN OFFICE led by Frédéric Karam.

A macrocosm unfolds at our feet. Highways, industries, schools, blocks, Hippodrome. In Beirut roofs are inhabited, private or shared, terraces or technical roofs. The flat roof on which is the extension, had to host water tanks. To make it habitable, a volume rises and contains this water in a common tank. The imposing mineral monolith orient the project towards the open panorama of the city. With its double orientation, this last floor becomes super transparent, open and ventilated, but still away from eye sights and the city turmoil.

The project is strongly constrained by the structure and technical shafts of the irregular lower floors. Three cores articulates the project by defining clean and rational spaces. Circulation, kitchen and bathrooms. Free from partitions, at the 13th floor we wander between inside and outside always between a core and another.

Privileged but at the same time belonging to the city, this last floor echoes Beirut with a similar brutality. The materiality is raw, stripped of all artifice. They are the most commonly used in the Lebanese construction but also try to reinterpret the "local taste". For example, the floor is made out of crushed white recuperated marble instead of the standard continuous rectangular marble flooring. 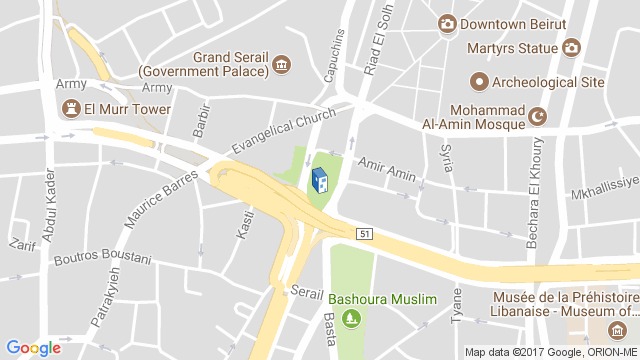 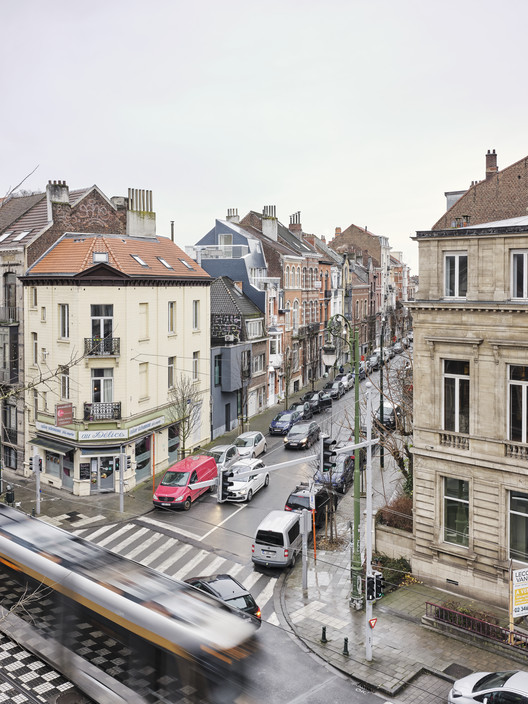