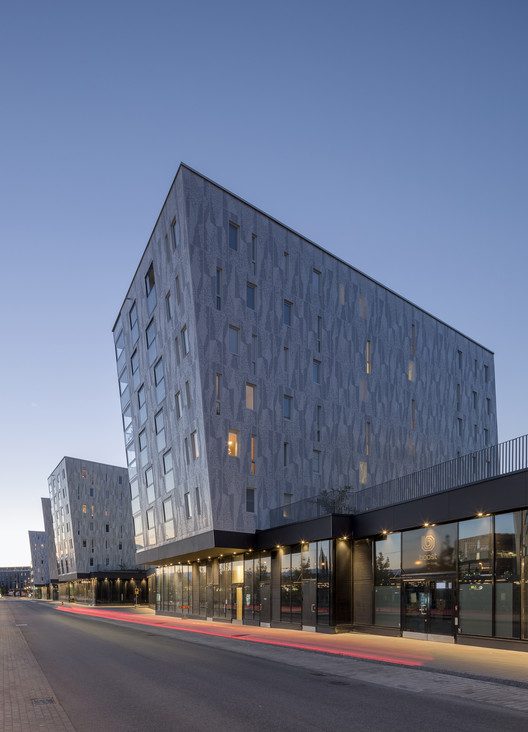 Text description provided by the architects. The site is long and narrow and the brief asked for both housing and stores to be implemented on the plot. We wanted to avoid “a wall of housing” at the street side and we didn’t want to create a blind wall on the backside of the stores, and by doing so hide the park. Instead, we connected the park and the urban street by placing the housing blocks across the site – thus creating passages in-between the stores as well as letting the existing park continue onto the pitched roof above the shops.

With this main concept we tend to bring more life into the area and at the same time contribute by introducing new qualities such as different views, passages, and by creating an extension of the park rather than a border of the park, thus making the green space bigger than before. Here you can live close to public transportation and stores with the feeling of living in a park which flows in between the housing blocks. Another key attribute of opening up the site is that it welcomes other pedestrians and invites them to experience the area with its clash of urban and green characteristics.

The facades of the stores are angled to break down the scale and to create small outdoor seating areas. Additionally, the geometry of the housing blocks was designed in close relationship with the surrounding urban context as it is lowest towards the existing lamella houses and highest towards the urban city scale and center. The low evening and morning sun in Uppsala provides light to the balconies and creates varying reflections between the housing blocks.

The characteristic facade pattern is inspired by snowflake formation, which from a distance is experienced as a uniform white. As you get closer to the buildings though, you start to notice seven different colors behind the perforated aluminum plates. Each color is placed on a unique building, functioning as a navigation tool throughout the entire project. The colors all together on the other hand are a representation of the color pallet that can be found throughout the city of Uppsala. 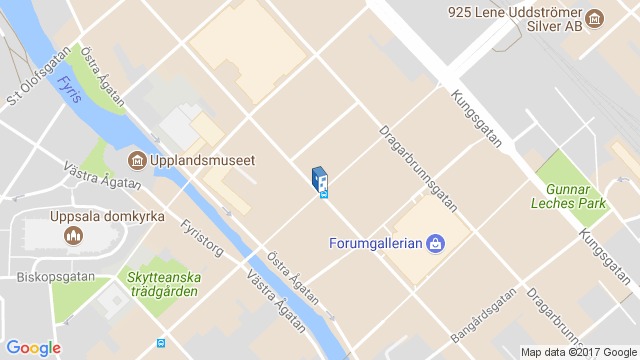