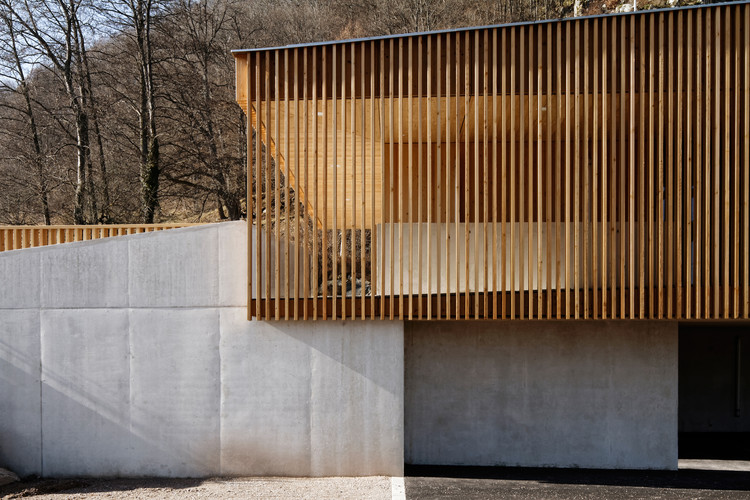 Text description provided by the architects. The Metzeral's new Fire Station is situated in a natural reserve called "Ballon des Vosges », in the same place where an old stone quarry used to be located many years ago. The building represents the synthesis between a landscape insertion and a construction with several constraints connected to its implementation (mostly due to its "fast intervention" needs).

The project is divided into two different structures: a technical center and an administration center. While both structures demand separated conceptualizations, the building as a whole seeks a performing and harmonized unit. The administration center can be identified by its wood frames in the facade. The interior spaces of this part of the building present raw masonry and joinery works.

This provision allows to satisfy costs requirements, but it also gives an organic result responding to the life of the building: a raw construction allowing the firemen to use its spaces freely while rough intervention is needed. The interior volumes are high and all the technical elements are visible, which make them more easily accessible. The circulation is naturally illuminated by carpentry details.

The administration center was also conceived with high energy efficiency standards. In order to make thermal aspects as functional as possible, a few roof edges were adjusted with fixed larch wood slats. The natural heat input is so optimized: the heating system in the wood boiler is reinforced by these simple provisions and allows a local supply.

The second structure of the building is constituted by the technical center, which houses the fire engines: it disappears by littering itself between the administrative center and the big rock situated behind the building. Its black color contributes to its erasure in the landscape and allows a greater development of the administrative center and its wood frames. The latter, adorned with its vertical blades, fits perfectly into this fantastic natural setting and seems to come into resonance with it. 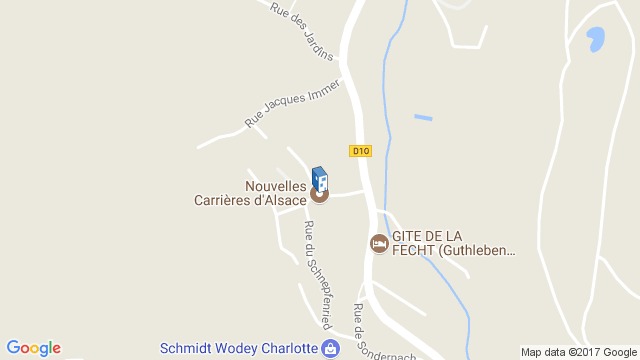 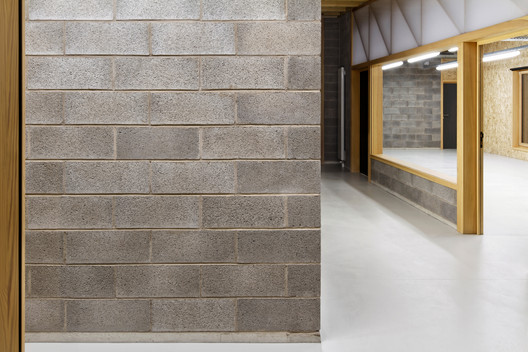