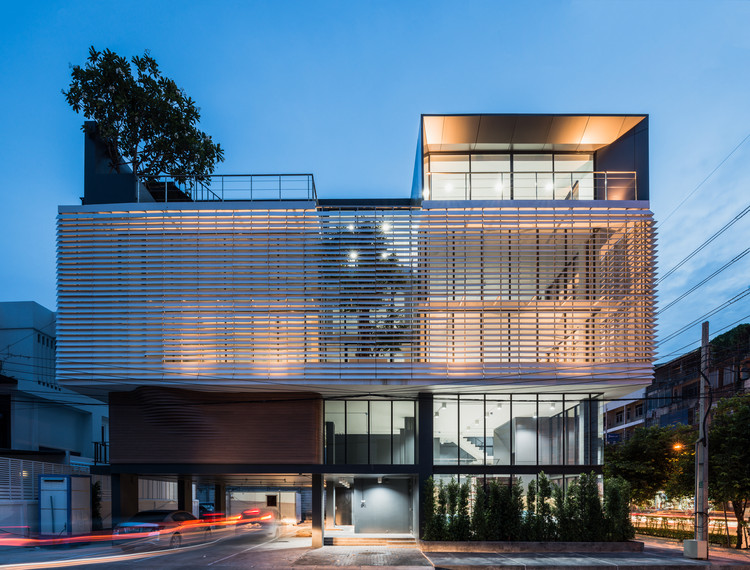 Text description provided by the architects. Peak home office project is located in Bangkok’s Town in Town neighborhood, where most of the surrounding building on the site is low rise building with contemporary and traditional design. The objective of this project is to be able to turn the project into the neighborhood’s new landmark while maintaining physical harmony with the surrounding environment. The design has to express the owner’s characteristics and passion of car racing and establish a feeling of fast movement. This emotion of fast movement was represented by the design of the facade of this building. The facade was divided into two part constructed from different materials.

First part of the facade was built constructed by Biowood that is able to transform its shape and durable for its environment. This undulating wooden facade helps lessen the stiffness of the box-shaped mass of the building, resulting in visually dynamic elevation which deliver movement to the building. The second part of the facade was constructed using a series of horizontal grills functions as the shell that wraps the three sides of the building’s glass exterior. This louvers are inserted in five different degree transforming the solid mass to be layer of movement. This louver screening outsider vision gives privacy to this home office, while user from inside can be able to see outside vision. This louvers were made using matte texture of EQUITONE fiber cement panels. This texture gives polite and gentle feeling.

The program consists of three main sections with the ground floor being where the parking and reception areas are located. The area from the second to the fourth floors hosts the office space for rent with the top floor being used as the owner’s residential area. From the outside, the building bears the resemblance of a simple rectangular form that occupies almost the entire site. Certain parts of the program are turned into green spaces following the building laws and regulations. The post-tensioned floor system the architect employs for the structure allows for the project to contain more stories and maximized the space than it's neighboring buildings. The building filled almost the entire land capacity resulted the building to have rectangular shape. In order to serve the notion of fast moment within this rectangular shape, the facade become a highly significant element to fulfill the requirement. This facade design contributed to visually dynamic movement when people viewed from different directions, causing the rather dense mass of the building to be more spacious, modern and physically in sync with Town in Town’s urban fabric. 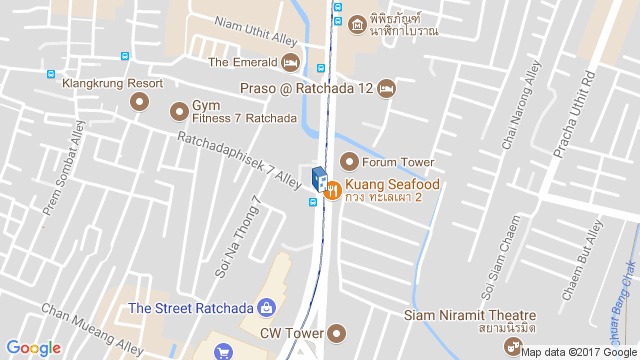