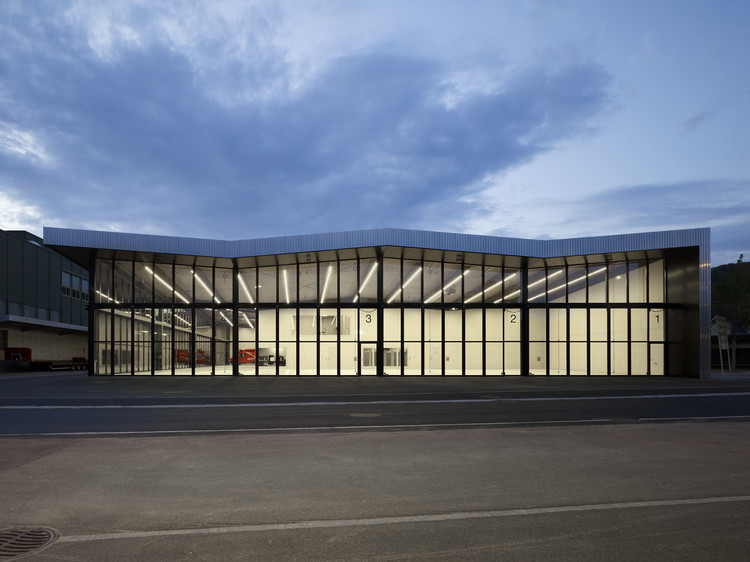 Text description provided by the architects. In 2013, the political commune of Weinfelden arranged an open architectural competition for a new single building to house the fire brigade and the Samaritan emergency services; their resources had up until then been distributed over various locations. Out of the 58 participants, it was the «Grisu» project by kit that was the winner. The jury praised the project as a cultivated industrial building. It stands out through its architectural precision and the impact it has in enhancing the overall urban impression of the route into Weinfelden. At the same time, the new building superbly fulfils all the functional requirements of the various blue-light organisations.

Urban situation
The new Fire Station is located on the road leading into the town, on a tapered triangular plot of land. At this point, the building stands out as a clear landmark in the townscape and indicates the boundary line between the industrial and residential zones. With its staggered volume on one side, it comes close to the small-scale houses, while, with a generously dimensioned glass front on the other side, it lines up well with the series of commercial buildings around it.

Building
The design is based on a consistent framework structure. The roof is subdivided into ten surface units inclined relative to one another and reflecting the building’s ground plan. Seven of the ten units form the L-shaped hall in which the vehicles are kept, whereas the other three contain two floors of heated rooms occupied by the fire brigade and the Samaritan organization.

Highly robust steel beams ensure that the garage is not interrupted by supporting elements and can therefore be used in a flexible manner; in the two-storeyed core of the building, the roof is supported on reinforced-concrete walls. The static load-bearing concept for the hall underscores the building’s architectural clarity. The use of a range of construction materials – steel, timber and solid elements – allows for the differentiated treatment of the various uses while keeping the thermal barrier within compact confines. A photovoltaic plant has been installed on the roof. The building has been Minergie-certified.

The load-bearing structure and ground plan together result in a complete system, which, despite its modular design, reacts consistently to the plot of land’s unusual geometry and bestows an adequate expression of its own on each of the building's three sides. The façade is unashamedly industrial, to which even further weight is lent by its covering material of untreated trapezoidal aluminium profiles.

The staggered side facing the road permits three small, triangular outdoor spaces. In combination with the newly-planted line of trees, they form a green zone between the public highway and the building. That is also where the principal entrance is located.

The front of the hall in which the fleets are housed presents a long, straight façade of gates giving onto a forecourt, on which vehicles with a large turning circle can be manoeuvred without any difficulty.

Use
The command centre, washroom, reconditioning unit for protective breathing gear and changing rooms are all at ground-floor level and connected directly with the vehicle hall, which has been kept free from support structures. In this situation, only short distances need to be covered before, during and after call-outs, ensuring efficient operational procedures. The workshop along with the office is also connected directly to the hall. The lift is in a central location for the efficient transport of goods while, at the same time, guaranteeing barrier-free access to all floors.

The theory rooms on the upper floor are accessed through a two-storey foyer and can be used externally or internally independently of fire-brigade activities. A passageway illuminated by skylights links the classrooms with one another but also widens out into a recreation room with a kitchenette. A panoramic window provides a view down into the vehicle storage hall. 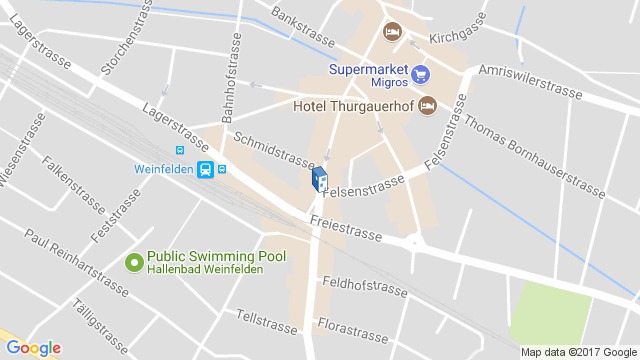 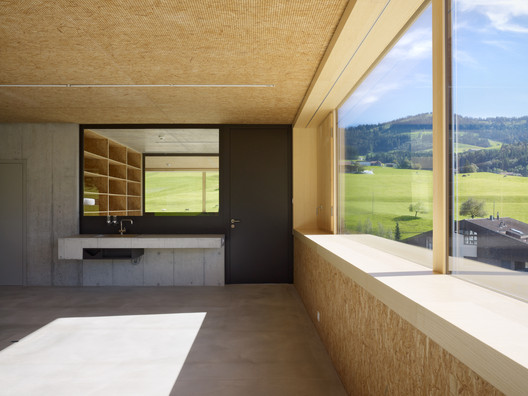