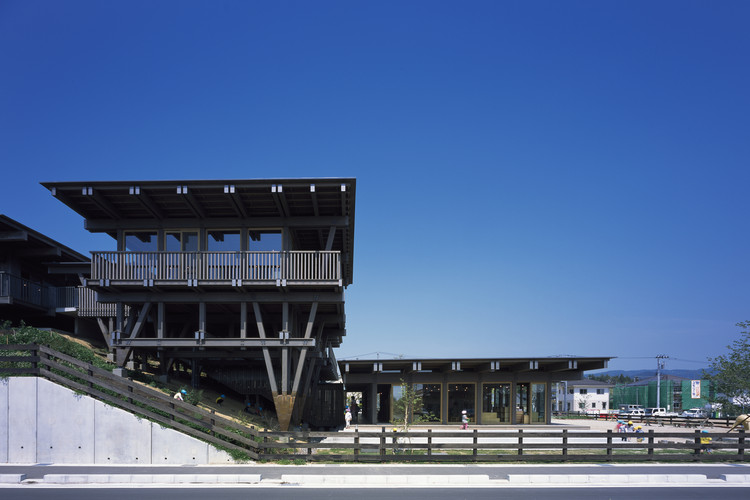 Text description provided by the architects. The original Asahi Kindergarten was lost in the Tohoku earthquake on 11 March 2011. Tezuka Architects, funded by Japan Committee for UNICEF, designed and reconstructed the Asahi Kindergarten on a highland area by using the huge trees that killed by the salt water of 2011 tsunami. These trees have meaningful symbols for the local villagers as they were planted along the approach to Daioji Temple, the main temple on the hill which its height is just enough to elude tsunamis in the long history. Many villagers survived because the priest of the temple used to teach them to escape to the temple.

Our aim for the project was to express that the tree was not only the building materials used to construct the school but it is where it is home to the spirit of the town people. Reusing the killed trees to create a new kindergarten for the next generation of the town reaffirms hope held by everyone in Tohoku or Japan.

Every piece of the building including structure, floor and handrail, was curved out from these trees which planted after tsunami in 1611, exactly 400 years before the tsunami in 2011. Traditional joinery and wedges without any metal joints were used, because these old techniques have made Japanese traditional architecture survive more than 1300 years. There is a massive column with sectional dimension of 600mm x 600mm erected on the building as how it originally stood on the ground. The project bears a message for those children who will likely encounter a tsunami in the next 400 years.

Five years have already passed since the earthquake, more children have returned to Minamisanriku Town. The first phase building became insufficient and the kindergarten decided to carry out the second phase of construction in a hurry.

Unfortunately, the area around the site is now completely transformed. There are hasty large-scale development accompanying earthquake recovery. The lush landscape has been losing. The hill is greatly scraped, only the surrounded garden area remains its original altitude. The site became a landscape like a castle tower built in a flat residential area.

The second phase construction is very much like a temple complex with a pagoda on the slope of the mountain.  It is the result of being conscious of the Daiouji temple which is the mother of this kindergarten. There are now three additional buildings with deep eave, and a long staircase is connecting these buildings together. The garden of the first phase building stays on top of the hill.

Since the big promenade trees have been used up, large sectional column cannot be made anymore. It was decided to construct economically with rational sized materials. However, the message to children after 400 years has to be kept. All joints are still designed as traditional interlocking so it stands over a long period of time. 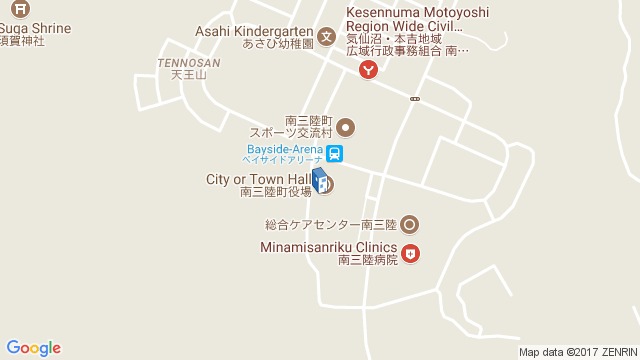 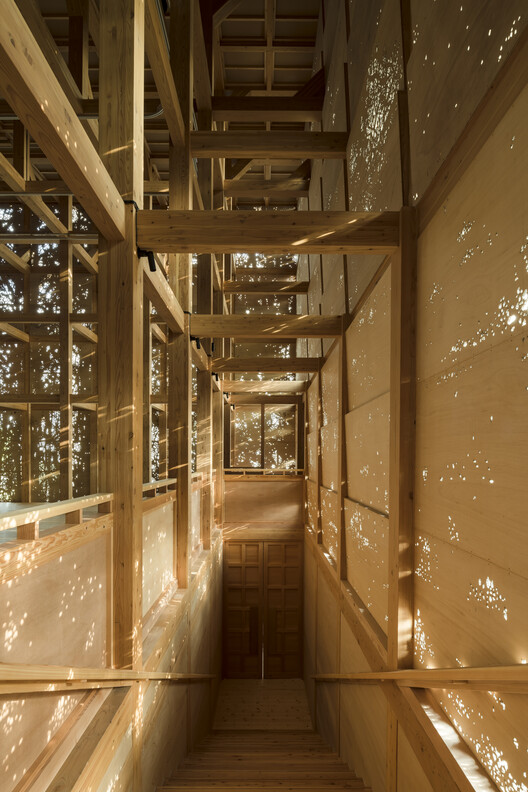 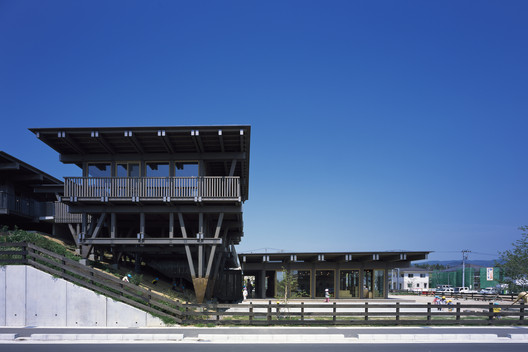