Text description provided by the architects. Tragata is a modern version of the old homonymous temporary timber frame construction that functioned as a short-term residence for the farmers/harvesters to look out their crops, or even as a beach lodge for the hot summer days.

In our case, tragata is not used to oversee the crops, but is rather raised from the ground to provide a vantage point from where to observe the greater context/habitat. This primitive form of observation inspired the overall design concept which is formulated as three core ideas;  the idea of ‘embarking’ on an elevated platform that would float above the tree level, the accommodation in a flexible cube that could adapt in various uses and circumstances during a day, and the enclosure and isolation that this elevated hut can offer by communicating with the world through the thin gaps between the reeds, which compose its external skin.  The Tragata could be described as a ‘breathing space’ within the everyday life, where its resident could experience a primary way of life and disengage with the surroundings. Τhe resident retreats in the observation of the context but also in the observation of the space within, in the realm of slow time.

The main structure of the tragata is a permanent timber frame construction. Its main living space is folded with detachable panels that are made out of reeds abundant on the site. Both the structure and the panels were assembled on site. The bottom parts of the panels are folding outwards to provide shading during the day, to offer natural ventilation and to enable various views of the surroundings. The roof is assembled under the same principles and has the ability to fold in half, to open up and offer views to the night sky. One hidden hatch/storage space is positioned under the floor plane where mattresses and other belongings could be stored during the day. Also, a pulley mechanism will be attached to the main structure to pull various objects into the tragata space. Between the ground and the tragata deck there is a hammock/net to create a floating plane for relaxation. The first tragata is investigating this form of transient accommodation. By looking at it as a generic/modular construction, several tragatas could give shape to an ‘elevated camping’ that can become the foundation for the establishment of a community. In tandem with existing buildings in the farm, the tragatas can give shape to an inhabiting system adapted to Paliki’s landscape. 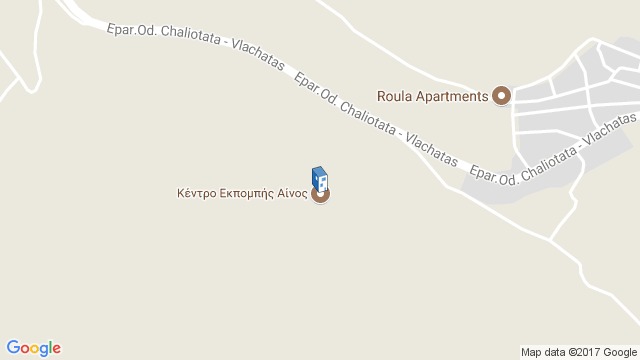 Location to be used only as a reference. It could indicate city/country but not exact address.
Share
Or
Copy
About this office
Hiboux ARCHITECTURE
Office
•••
Studio Genua
Office
••• 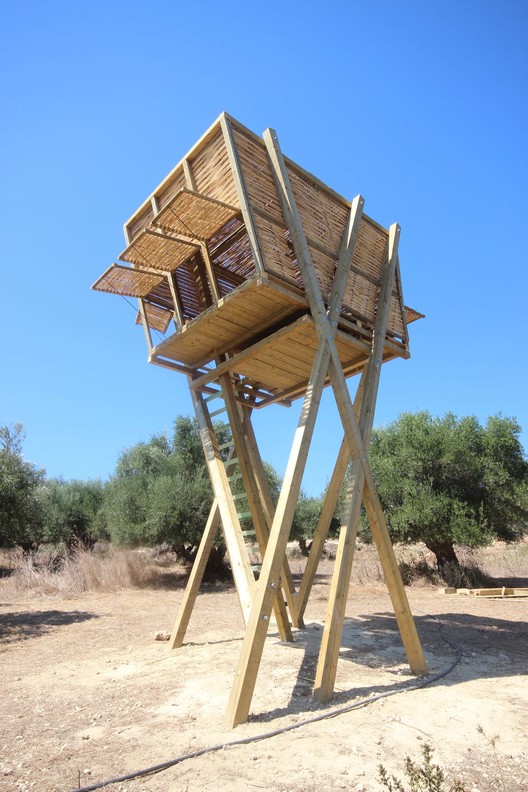