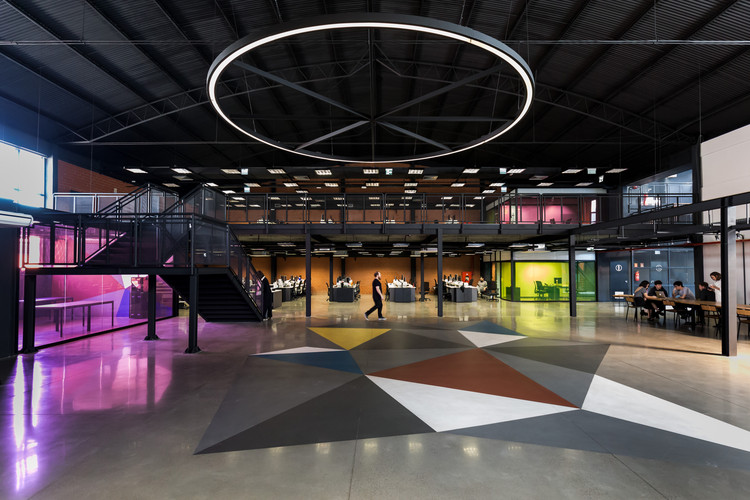 Text description provided by the architects. Located in the busy Sertório Avenue the site was already occupied by a two story building on its front and a storage warehouse on the back of the lot. This was the site chosen by the ThyssenKrupp company to establish its GSS division – Global Shared Services – in Latin America. This division, which has offices in cities such as Essen and Bochum in Germany, Gdansk in Poland and Thane in India, aims to standardize and efficiently run administrative functions worldwide in finance and accounting, human resources, IT and real estate management. With occupation planned in three different phases, the building, which employs today around 100 employees, will be able to absorb up to 235 people. For this, a retrofit design became necessary.

After the initial data survey of the buildings, it was proposed the demolition of the existing structure between the two largest volumes. This allowed the creation of a direct connection between the two buildings through a new central construction, which now houses the new main entrance, relocated from the main avenue to the side street, quieter and reserved.

This new construction also houses the new restrooms, necessary due to the large increase in employees coming from the new use of the building, and allows an increase of technical area, sheltering the water boxes on its roof. As both existing buildings had great quality masonry walls it was decided not only to maintain but even to reinforce this characteristic by painting all the new interventions and the original structure in the color black.

In order to aid the connection between the existing buildings, the ground floor was made on one single level, with diamond polished concrete finishing. With the existing floor of the warehouse in reinforced concrete, the passage of internal infrastructure would be difficult to execute, so advantage was taken in the necessary leveling to elevate the ground floor by 10cm, allowing the passage of infrastructure throughout the entire pavement. In addition to the workstations, the ground floor has closed meeting rooms, informal meeting tables, kitchen, technical areas and a large multipurpose space in the center of the warehouse, available for special and leisure activities.

To increase the area available for workstations, a mezzanine made of a metallic structure was designed in the warehouse. A connection between this mezzanine and the second floor of the existing building was created through the new central construction. The carpet floor finishing of this pavement reinforces even further the spatial integration. A future expansion of the mezzanine was also planned, leaving the structure ready for expansion, which will cover the kitchen and workstations areas in the lower part of the warehouse plan.

The warehouse also had its roof upgraded with another metal sheet covering, creating an internal layer of EPS between the two roof sheets to increase the thermo-acoustic capacity of the space. All existing external window frames have been replaced with aluminum frames with low-e laminated glass to ensure a good thermal performance and to block the external sound coming mainly from the main avenue in front of the site.

In special situations where the entrance of light was desired without compromising the privacy of the internal space, aluminum frames with polycarbonate finishing were used. Finally, all management rooms and meeting rooms have laminated glass closures using colored PVB, highlighting these special spaces and creating a natural hierarchy within the large unified work space. 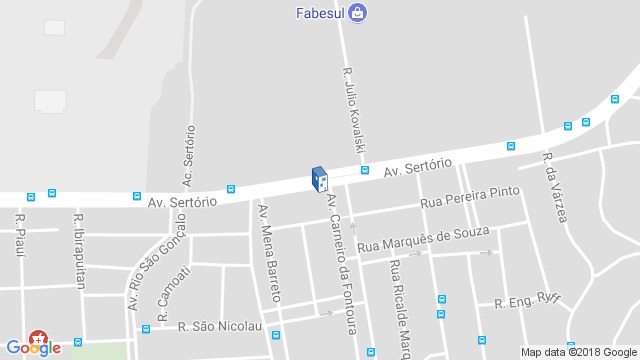