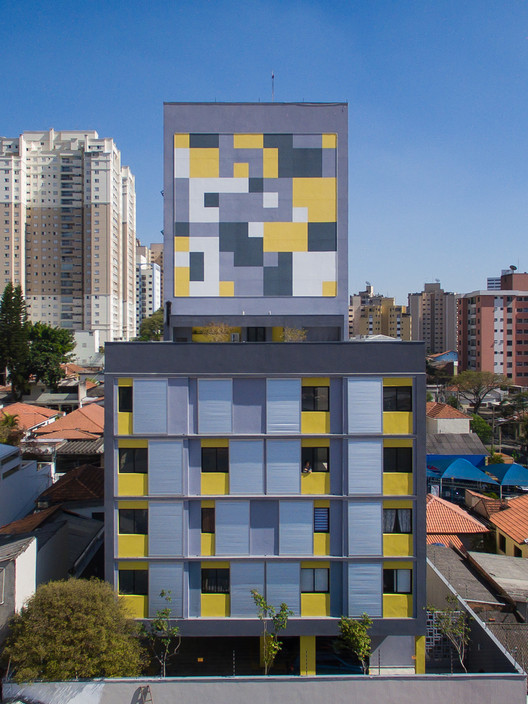 Text description provided by the architects. The house, as conception of space, comes through the ages, representing the culture and way of life of its users. In this way architecture design tends to abolish the extreme compartmentalization, increasingly referenced with contemporary yearnings and demands. Today, more fluid and integrated spaces that allow greater coexistence between the residents and their visitors are more consistent with the “contemporary dwelling. That’s the way Tribo São Judas was conceived, from totally connected collective spaces, which allow a visual amplitude and greater conviviality, to the design of its private spaces.

This project for a 32-unit residential building, located near the São Judas subway (south of São Paulo), was part of an enterprise that escapes the recurrences of the real estate market and presented unusual solutions and materials.

Located on a plot of 800 square meters in an eminently residential area, mostly composed of small houses and villas, the building had to present a differentiated volume to suit the strategic master plan of the time. Due to this zoning, two blocks with similar characteristics and distinct volumes were created. The back block was limited to 15 meters in height, due to a restriction from an existing housing estate in the rear portion of the land.

These blocks are connected by a third, higher volume, which is the vertical circulation of the building.  The taller block, which contains two units of two bedrooms per floor, arranged on eight floors, calls the attention from pedestrians on the street.  Combining the existing colors and window shutters of the façade with the scale of the structure itself creates visual movement that is pleasing to the eye.  The back block has four floors, each containing two units of two bedrooms and two units of single bedrooms. In this way, a market demand was answered, as the number of people living alone grows worldwide.

On the ground floor there is the party hall, gym, swimming pool and sauna. Complementing the leisure areas dedicated to the residents and visitors of the Tribo São Judas building, a large terrace was created on the roof of the back block, where there is a barbecue area, garden and common restroom.

In this space, taking advantage of the large blind facade generated by the vertical circulation block, we developed a large panel inspired by “pixel art” and playing with the color palette chosen for the project. Both the panel and the visual identity of the project were designed together with the architecture.

The overall result is a building that stands out in the landscape and delivers various elements that contribute as much to the quality of life of its residents as to the city. 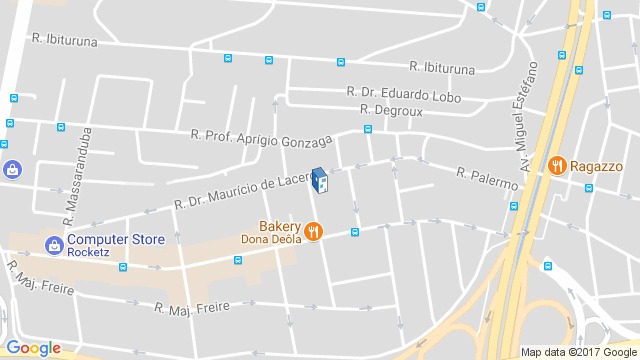 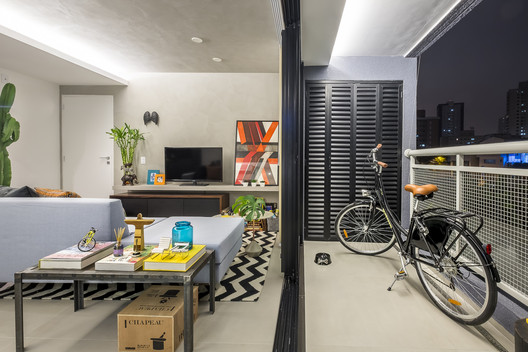