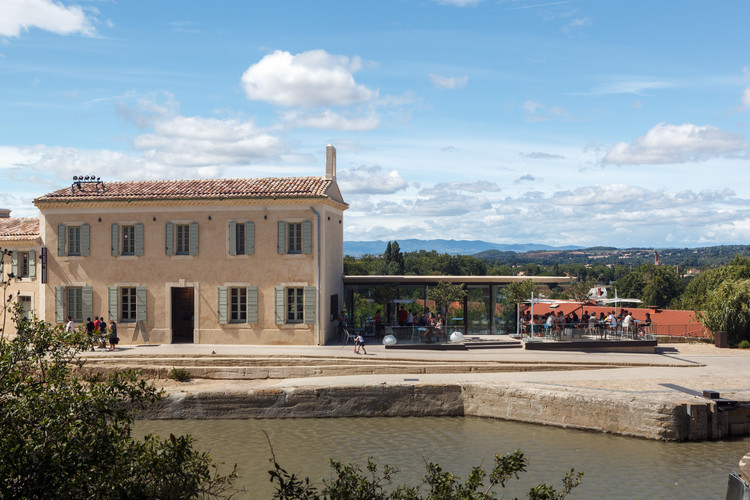 Text description provided by the architects. The nine locks of Fonséranes, designed in the 17th century by Pierre-Paul Riquet, are listed as historical monuments and certified as world heritage by the Unesco. Sobriety and discretion have prevailed to re-think the layouts made in the close vicinity of the locks: a global re-entitlement of the architecture and the landscape has allowed a staging of the monument and a re-organization of the visit paths, thus creating a coherence between site and landscape.

The architectures of historical monuments play a major part. To find again the spirit of Fonséranes stopping place, restoration of existing buildings slots into the respect of the canal's engineers architecture and the original simplicity of its composition. The outside historical monuments have been carefully restored. The new inside layouts cover present needs and display their age without ambiguity.

In order not to create a co-visibility with the historical monument, the contemporary expansion slides North behind the former inn. A fine strip of concrete roofing, supported by a metal structure, show on the surface of the inn and underlines its own identity. This expansion articulates a South patio, linked with the locks sight, and a North shady garden bathed with quiet and coolness. Various atmospheres thus allow welcoming the public in good conditions, whatever the season.

The contemporary expansion houses a restaurant, easily reachable from the tourism office but also directly from the outside, from the South patio, for an autonomous functioning especially in the evening. The restaurant room is largely glassed and offers a clear view towards the city of Béziers.

The project is designed as an expansion of the historical tow barge house. The general architectural aim is to create the image of a light pavilion - and not a building - which assures a clear dialectics with the massive and mineral architecture of the existing historical building. Hence the new expansion is treated in an immaterial and transparent way.

The restaurant space is combined, designed in a smooth way, without any shackle or partition. The glassed and continuous frontage, which is transparent for public spaces (bar and restaurant) and translucent for technical spaces (kitchen and storage). The fineness of the pavilion enables a very efficient dual-aspect ventilation between the two North and South frontages. 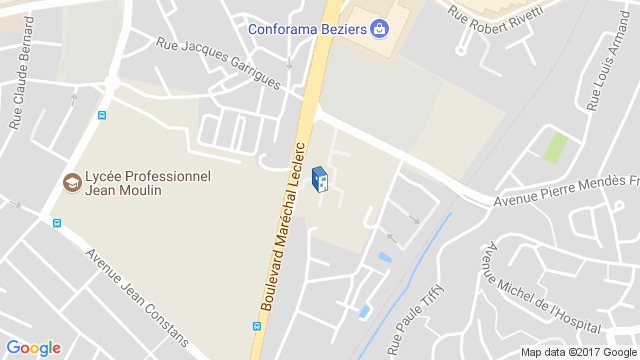