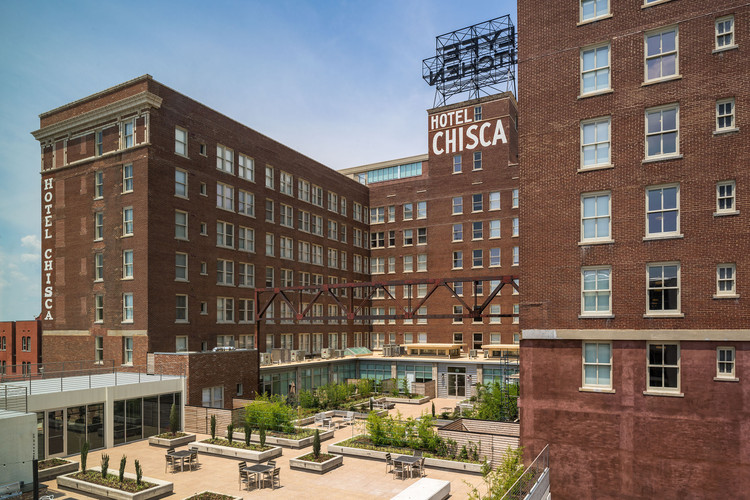 Text description provided by the architects. The renovation of the historic Hotel Chisca, located on Main Street, is a uniquely transformative project, bridging a major gap in the urban streetscape between the South Main Historic District, legendary Beale Street, and downtown Memphis. From Chisca’s opening day in 1913, to making rock-n-roll history inside its second-floor radio studio that introduced Elvis to the world in 1954, to its Mid-Century modern addition in 1961, to its conversion into a church headquarters in 197 3, to 25 years of abandonment, and finally to its 2016 rebirth as edgy and chic downtown apartments – it is this inherent multi-layered historic quality that attracts visitors and residents alike.

When commissioned in 2011 to evaluate the feasibility of rehabilitation, the design team found a building in steep decline. The basement held three feet of stagnant water causing areas of structural failure. The ballroom featured ponding water that had become a dangerous wetland, complete with water fowl and a 25-foot waterfall tenuously supporting a failing roof structure. The penthouse roof structure had collapsed, and the developer believed the 1961 motor lodge addition should be demolished in favor of a surface parking lot.

The design team recognized that realizing the project’s restorative community value would require balancing the building’s historic character with budget-conscious design. The focus began with repositioning this blighted block to foster the connection between the thriving arts district and the downtown core. This city-building focus also progressed into a reanalysis of the developer’s desire to remove the 1961 addition and a focus on creating an amenity rich environment that embraced the historic hotel functions.

One-hundred-sixty-one apartments, the two restaurants, and a multitude of amenity areas have transformed the site into a fully occupied, market-leading historic rehabilitation project. The most dramatic, yet simple design strokes consisted of surgically extracting the ballroom ruins to create an urban rooftop oasis and the elegant transformation of the maligned mid-century modern addition into an effective market catalyst - all within the National Park Service’s Historic Tax Credit guidelines. 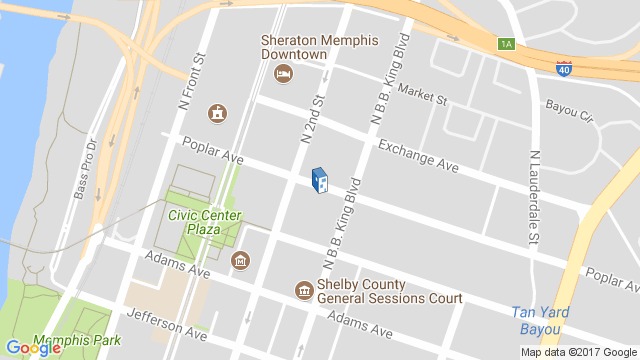 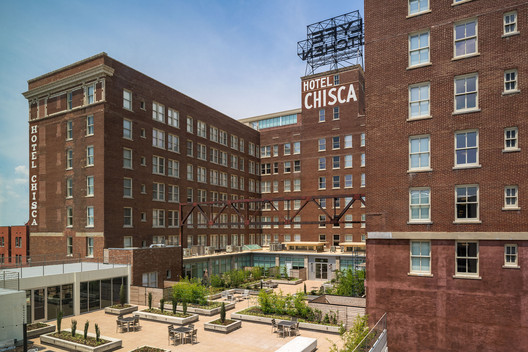