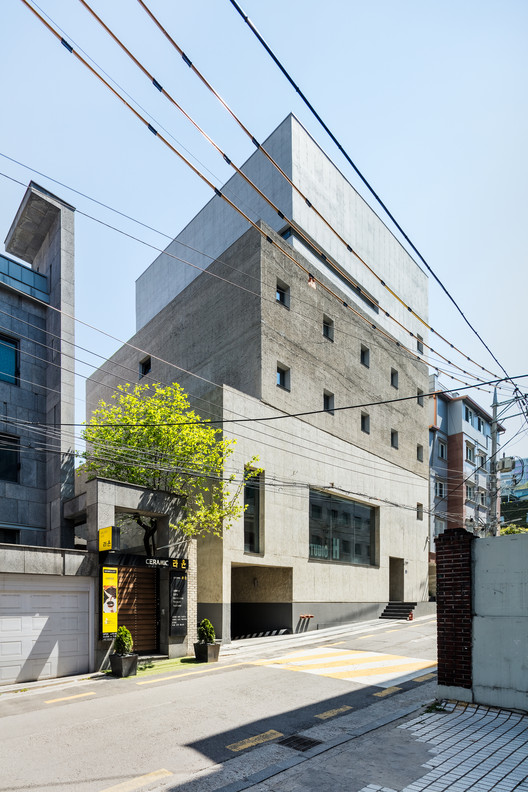 Text description provided by the architects. Today’s city is submerged in the products faithful to heterogeneous desires and is left in the middle of a competition between distressing urban structures. The collisions/conflicts among many different desires relentlessly happen in every corner of the city saturating the city with a pile of desires and erasing the beauty of moderation.

This project is a headquarters of HWN, a clothing company that sells jeans in Dongdaemun. The client wanted to improve the current stereotypical prejudice against Dongdaemun products and its working condition through the new HQ building. Furthermore, he/she wished to have a showroom for foreign buyers and studio for photographing products.

The site is in Sindang-dong, Jung-gu. Due to its proximity to Dongdaemun, a district famous for its apparels arcades such as Dongdaemun Market and Pyounghwa Market, Sindang-dong has been the “back of the house” for the apparels market. Signs with textile terms such as “Pattern,” “Sample,” and “Grading,” piles of fabrics on the streets, and motorcycles hustling through them contribute to the chaotic atmosphere of today’s Sindang-dong.

The HWN building aspires to contain its desires in minimal form and slightly distance itself from the busy and hectic streets. The basic form of the building is composed of three concrete boxes of distinct textures sitting on top of each other.

Just like jeans that come in diverse styles based on how the fabric is treated, three concrete volumes carry different appearances and textures based on their molds and finishing methods. Concrete cast with OSB plywood exposed concreted chipped with the water jet, and generic exposed concrete present themselves in distinctive color and shades naturally occurring due to their finishing treatment.

The building is vertically divided into three parts with two levels per part, based on its program. (Ground – 2nd level: Showroom, 3rd -4th level: Office, 5th level – roof top: Photo studio). In the horizontal direction, it is divided into three bands of Core, Service, and Program from East to West.

Unlike the minimal and reserved look from the outside, the interior of the building presents you a totally different space. The concrete staircase in the public space looks as though it is directly cut out from a large chunk of concrete. This type of staircases provides bold spatial impressions throughout the building by altering its position and form in each level.

The transition between the vertical bands, from the service to program space, gives you different spatial experiences as well. As you enter the first two level you will face a green courtyard, associated with the tiered showroom space, contrary to the plain façade.

In the middle of the frenzied city full of unrestrained results of desire, HWN headquarter seeks to blend into the cityscape by adopting refined concrete and to calm down it's surrounding. We expect HWN to thrive among countless apparels companies that come and go by abiding by its resolution and confidence. 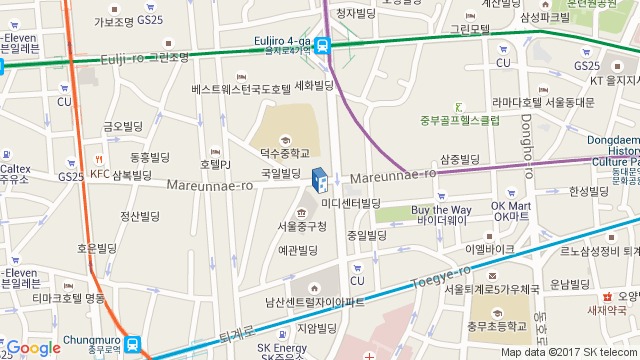