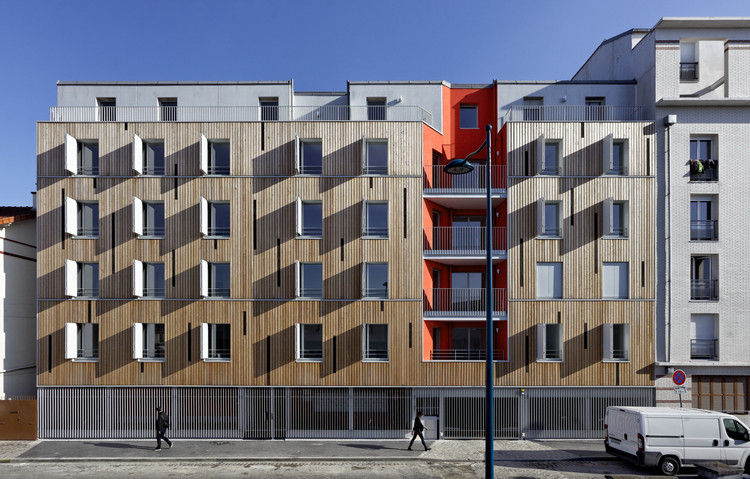 Text description provided by the architects. Located in the district of "Quatre-chemins" in Pantin, the north of Denis Papin street consists of dilapidated warehouses while the south is mostly made up residential buildings dating from the beginning of the 20th century. Their facades have the specific and historic architectural writing of the neighbourhood with the use of grey bricks enhanced by ornamentations of ceramics, cornices and skylights. Situated at the junction of these two industrial and residential areas, the project is surrounded by industrial buildings on the street and garden sides and by a working-class house and a recent social residence on the gable.

In order to ensure the good insertion into this singular context, the architectural project voluntary highlight a strong materiality composed of :

- ornements, in a more contemporary version, made of dark wooden laths randomly disposed on the façades.

- red color, used along the recess on the street side and on the shutters on the garden side. This color emphasizes the building and alludes to the lintels or the ornaments made of bricks and the shutters of the adjacent house.

Contrary to the surrounded constructions wich have heavy bases, the building floats onto the void of the ground floor where are the hall, the common premises and the parking. This parking under the porch is extended on the courtyard side and covered with a pergola. Covered with wooden cladding such as the façade, it becomes part of the building.

The garden part of this courtyard is made up of a rainwater retention ditch with semi-aquatic plants allowing the environmental compliance of the 2 l / s / hectares imposed.

The large apartments facing south are equipped with bioclimatic loggias. Each living room open onto these semi outdoor spaces and on a bay giving directly on the garden. The bioclimatic loggias are closed by a double low-emmissivity glazing wich can be generously opened in summer. They have the benefit of being used as natural temperature regulator in winter as in summer. Operating as a greenhouse, they allow the control at low cost of the thermal comfort of the flats and greatly reduce heating expenses. The installation of blinds and deciduous trees in the garden also take part in control the temperature of these loggias in summer. 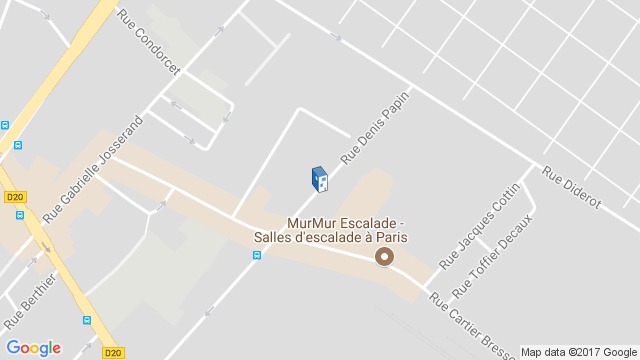 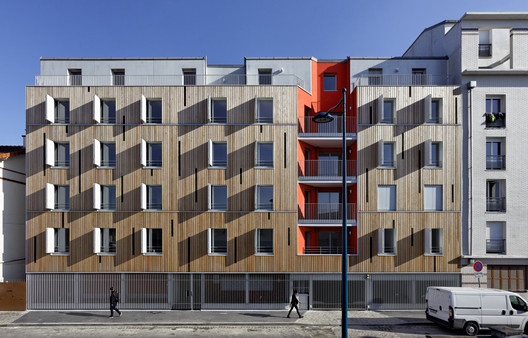