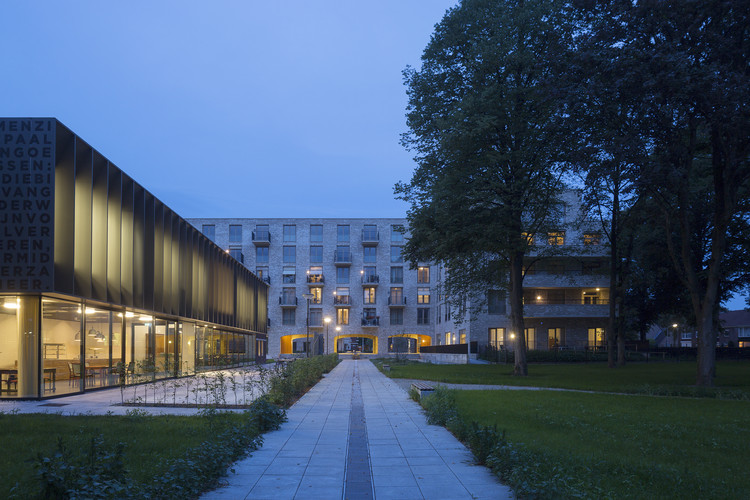 Text description provided by the architects. The Dutch Province of Jesuïets has had their residence, care and nursing home in Nijmegen for many years now. As the population was decreasing the building became too big and a replacement was looked for. At a distance of 700 metres, in Brakkenstein park, a new residence is erected. In the same park there is a printing works from the 1930’s, its characteristic industrial identity well intact. It was purchased and designated to house all functions that should support the residence: refectory (restaurant), offices, archives and library. Besides, a restaurant for non-residents is realised. The total plan is designed in a design team, in which Diederendirrix is responsible for the residence, Kees Tolk for the garden design and we for the printing works and enlargement. The corridor connecting the buildings and the garden is designed in consultation.

The historic value of the printing works was appraised, at which it appeared that earlier enlargements had hardly any architectural, spatial or functional added value. Therefore they are ‘peeled off’, until the first building phase plus one later enlargement remain. Subsequently, a new part will be built around it, clearly showing what is old and what is new. The ground floor is as transparent as possible to maximise the view of the park. The upper floor has anodised aluminium slats, the same material as the frames in the residence. The closed parts will have the effect of a printing plate, subtly referring to the past of the building as a printing works. This is designed by visual artist Marc Ruygrok. 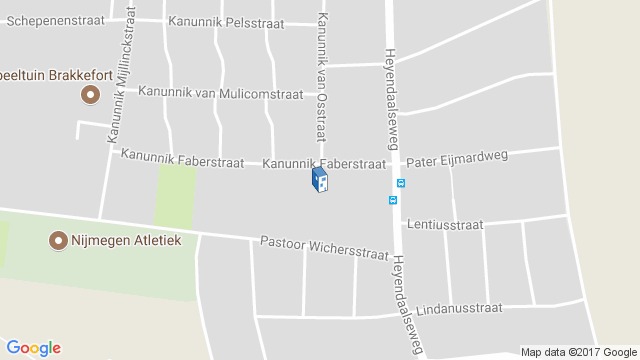 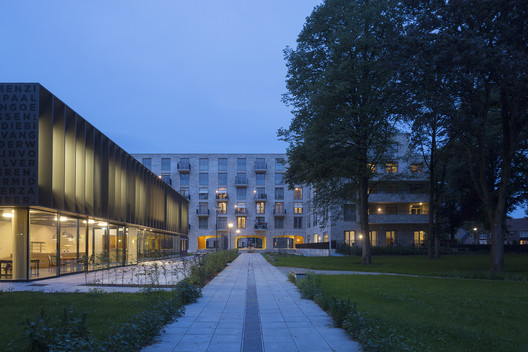