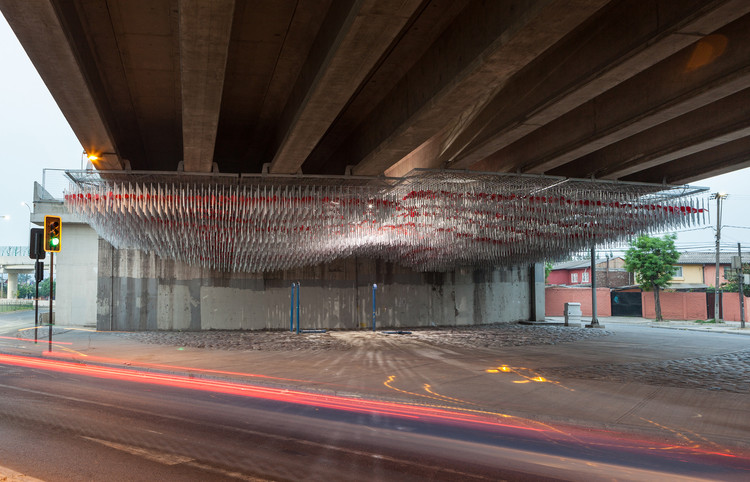 Installing a device in the public space ignites and activates elements and phenomena that occur there spontaneously even naturally, its nomenclature seems logical even if we do not perceive them at all and we end up seeing the back of a motorway; The limit and infrastructure of its raison d'être. When I face that place, that supposedly residual space, I perceive its intense energy, the high traffic on the highway exert constant vibration on the slabs, the noise at the junction between the suspended road and the meeting with solid ground is established as the instant of shock, the wind that encases and occupies the level step as a transit corridor ends up making the place an active, dynamic and spontaneous space. A new kind of nature.

The work, this metallic mantle that hangs under the speedway, responds and uses concordantly the vibratory energy, the wind corridor and the architecture of the space to connect and tune with its surroundings. This idea does not distance itself from the place but on the contrary it clings and merges with it. 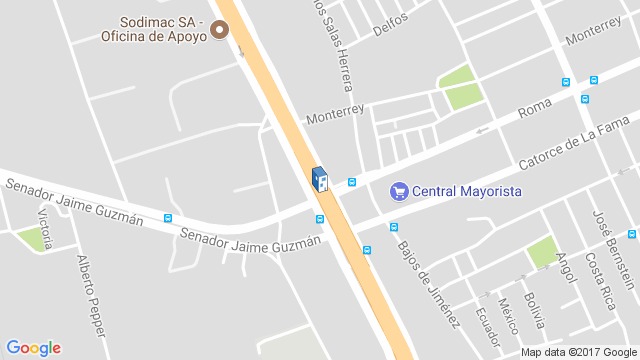 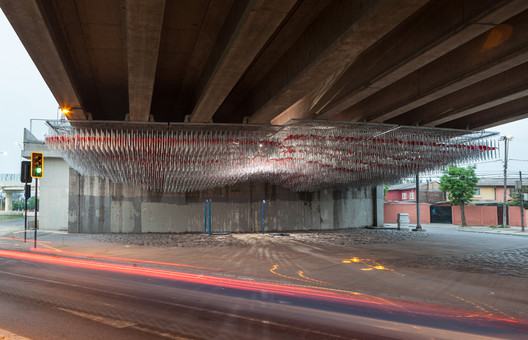