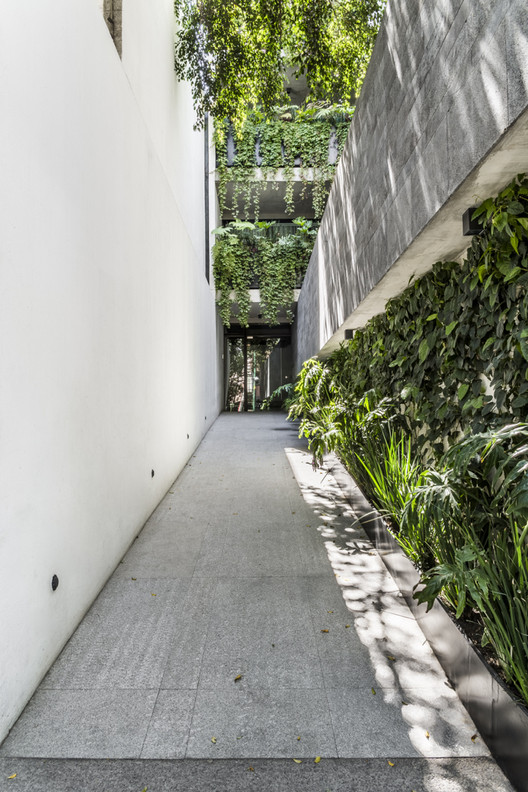 Text description provided by the architects. It is located in Mexico City, San José Insurgentes, the project is developed in 5 levels, in which 7 apartments and 2 Pent-House are distributed. The units are housed in two volumes connected to the center by the vertical circulation nucleus, achieving an almost symmetrical type plant.

Accessibility was an important theme of the project, so the main access to the building is by means of a ramp that goes from the street and is contained by the wall of the neighborhood, this wall covered with vegetation and open sky. On the low level are located two apartments, one overlooking the street and another to an interior terrace, following this same party are located the type departments in the following levels. One of the Pent-House is developed in three levels, separating the public, private and open spaces, the other is developed in two levels had a space of coexistence in the upper part.

The façade of Damas Street integrates the different types of departments making it homogeneous, in it the vertical concrete lines containing the vain and solid masses contrasting in color grims oxford stand out. This same scheme is reflected in the interior façades with a set of positions between vain and massive. The vegetation is fundamental in this project since it is always present in the terraces and facades, it also achieves a contrast with the range of black, gray and white colors of the project. 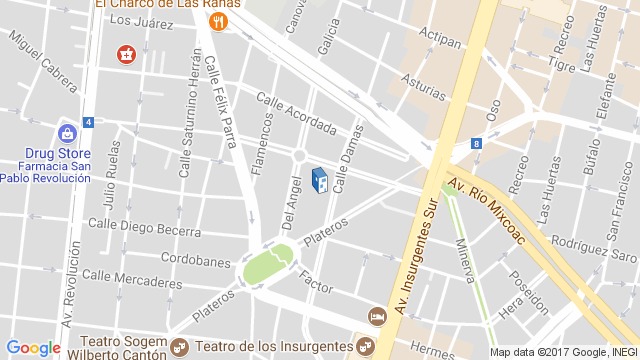