Via The New York Times.

Completed in 2017 in Blåvand, Denmark. Images by Mike Bink, Frederik Lyng, Rasmus Hjortshøj, Laurian Ghinitoiu, Colin Seymour. The new TIRPITZ is a sanctuary in the sand that acts as a gentle counterbalance to the dramatic war history of the site in Blåvand on the west coast... 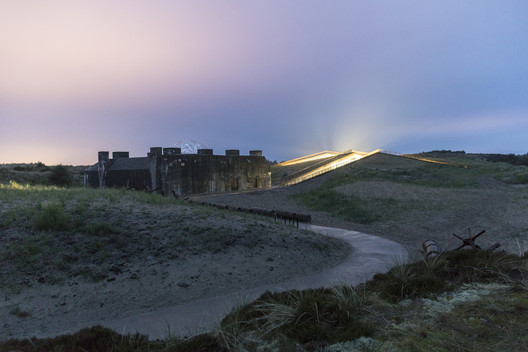