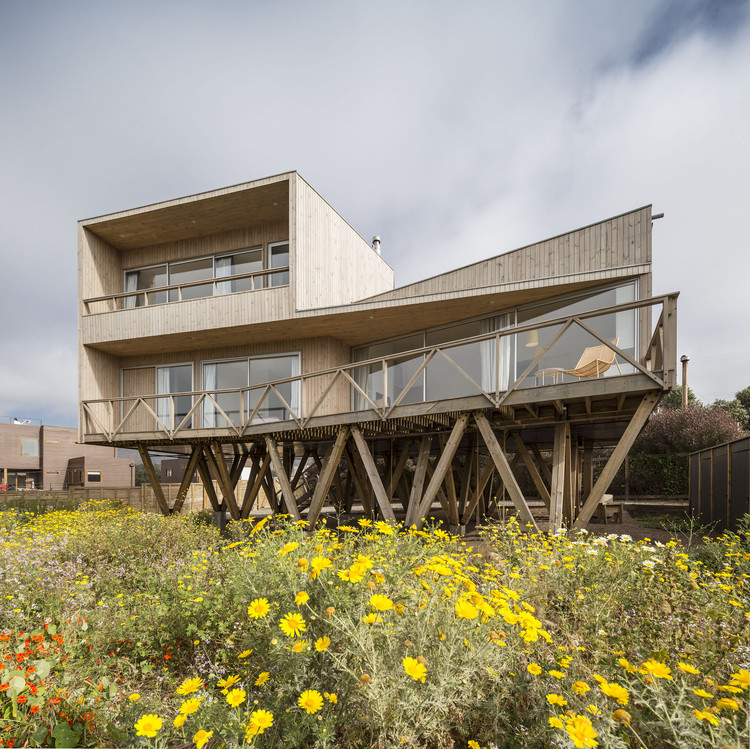 Text description provided by the architects. This project is located in the town of Maitencillo within the region of Valparaiso. Initial development of this holiday house began by recognising the need for height in such a way that would permit visibility of the landscape, thus allowing better lighting, exposure and ventilation.

There are two types of zones that define this program: the living area and the dormitory area. They are organised into two volumes of distinct scale and dimension. The rotated parts are intersected against each other, in a way that the east facade could form the entrance of the Project, and the gathering space faces the north one.

In terms of the materials used for this project, a modular system of 4 diagonal dimensional lumbars permitted suspension of the house and liberation of the ground floor. The volumes take place upon the structure, made from the same type of wood, with one side being sealed from the road and the other allowing for the paramount view. 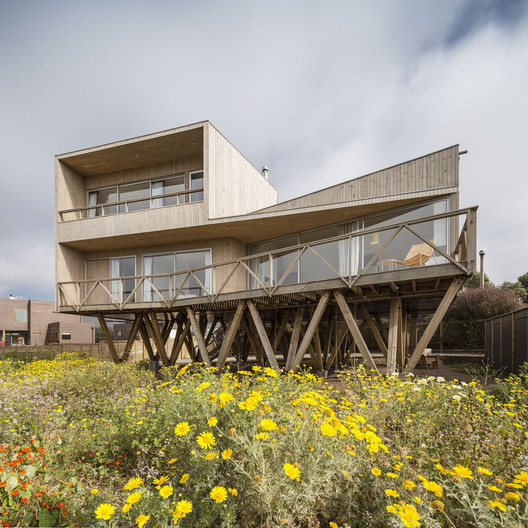