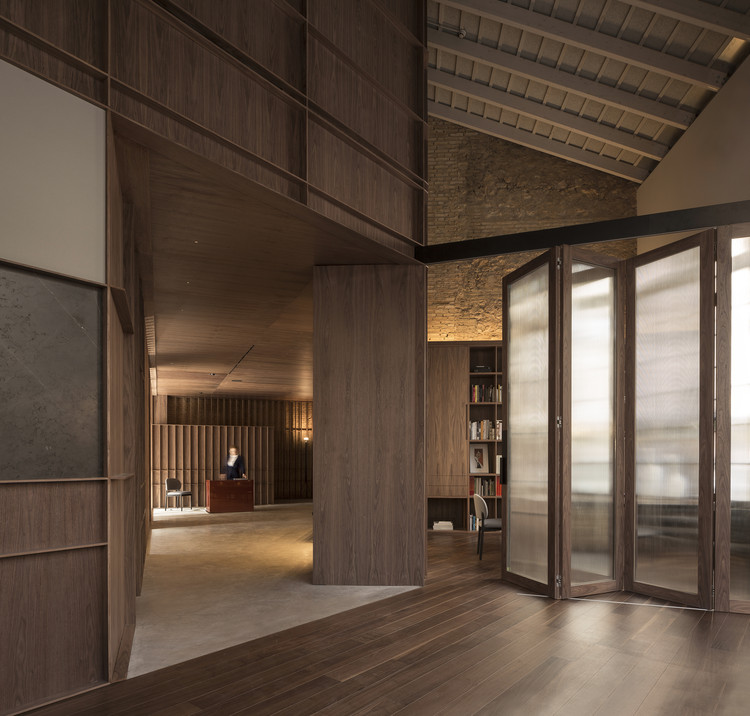 Text description provided by the architects. The latest collaboration of Francesc Rifé with Michelin starred chef Ricard Camarena is set in an industrial context of the 1930s. The former Bombas Gens factory that will integrate the restaurant has been rediscovered and converted into a center of art by the Foundation Per amor a l'art, promoter of the project. A challenge for the studio not only because of its aesthetic art deco but because the architecture presented some challenges of design: create a space from the non-space.

Paradoxically a residual area becomes the new restaurant, where the form is absolutely essential. Divided into two main territories, the dining room occupies a triangular surface providing a valuable perspective of one of the walls of the factory, while the bar is housed under one of the five refurbished sheds.

In the first, in search of a meaningful integration of shape, color, and texture, a second skin is designed to cover the entire space integrating the different planes of the room. The wrap is expressed in American walnut wood that contrasts with the beige color of the brick. This juxtaposition of textures in contrast with concrete pavement visually softens the project and at the same time reminds the industrial past of the premises, giving it a category Michelin entity.

The lattice, using different formats, is made up of vertical and horizontal elements, the last ones placed in the second term. The arrangement of these elements varies according to what we want to highlight, either the show kitchen or the exposed brick. In addition, is sound absorbing, and depending on the point of view creates an optical illusion that is completely opaque.

The entrance, as a transitional space, hosts a composition of 10 pictures that transforms what could be a narrow passage to the restaurant in a key player that besides placing us in the artistic environment, accompanies us on our culinary journey. Beyond the entrance, we discover the magnitude of the room in which the restaurant expands as we move between tables, up to a terrace that floods with natural light the whole space. During the day, a longitudinal opening, created to separate the restaurant of the adjacent building, allows the entrance of natural light, zenith and linearly, overnight we simulate the same effect through indirect light,

Walnut wood ceiling is achievable and includes a lighting system created specifically for the project. It is an optical illumination hidden in the ceiling that allows to light tables of 110 and 160 cm in diameter depending on the needs. As support for this technical lighting, several decorative luminaries have been placed along the room.

Another challenge for the studio has been the location of the kitchen, which, due to its large size, needed a strategic location. To find the balance it has been located on a stepped volume in which also the winery sits and accompanies to the enlargement of the area.

The bar is a restored structure with a maximum height up to 8 meters. Exposed brick and melis wood enclosures have been preserved in this area, used as waiting for space, aperitif and even reserved area for about 25 people. Basins, the divider elements between tables, the front of the bar and part of the lining of the latter, have been designed by the studio with natural stone Pietra Grey by Stonehegen.

The design of the restaurant is in equilibrium with the gastronomic offer of Ricard Camarena: a pure kitchen, which visually seems bit complicated but transmitting an infinite number of sensations. A space easy to read that it hides many surprises. 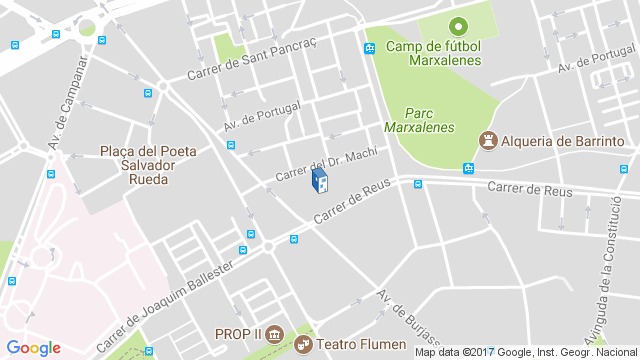