Save
House-Workshop for an Artist / Planmaestro 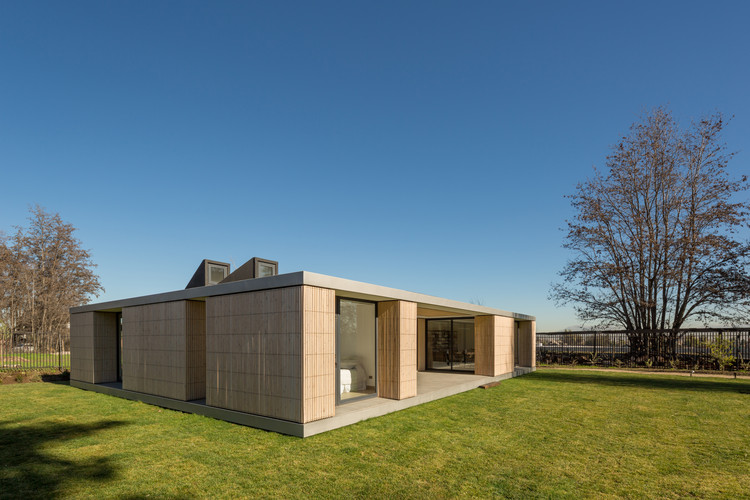 Text description provided by the architects. The requirement was a building that would accommodate an artist’s studio and residential space for occasional use as a weekend house. The 1.500 sqm site is located in Peñalolén, a suburban district with low construction density, and neighbors some undeveloped sites.

This condition leaves the building very exposed to its surroundings, so the client required that the project would limit the exposure of the interior spaces and provide privacy. The project also had to be capable of becoming an exclusively residential building at a future time, so it needed spaces to allow new uses and an extension to be planned.

The privacy of interior spaces was addressed by limiting and directing the views to and from the exterior. This was accomplished by arranging mass and void volumes through the perimeter, placing openings to allow certain views. The mass and void relation is contained between the two horizontal planes of floor and ceiling. The mass volumes offer interior space for furniture and closets.

The voids open views and access to the exterior through floor-to-ceiling windows, which are receded from the facade, forming covered exterior spaces. This confinement between two horizontal planes is only interrupted in the central room, where space is defined by a ceiling at a higher level. The difference between both ceiling heights allows natural light to enter through a ribbon window.

The rooms are divided into three zones. To the east, there are two bedrooms and two bathrooms. The central room is a social area, containing living, dining, kitchen facilities and entry hall. This space opens to a covered terrace to the north. To the west, the working studio opens to the central room and to the terrace and is also connected to a covered service yard with a sink, where the work with wet materials is done.

The future transformation for exclusively residential use considers the following operations. The studio space will become a dining room and will open to a larger kitchen located in the current service yard. The central room will be used as a larger living room. Finally, an extension to the east will add a master bedroom and bathroom, and another bedroom.

The construction system consists of concrete foundations, steel frame structure and light steel internal walls. A ventilated facade of vertical wooden slats was used for the exterior perimeter. The use of the same material for all exterior walls reinforces the perception of mass volumes interrupted by void spans. The ventilated facade also helps with the thermal control of interior space. 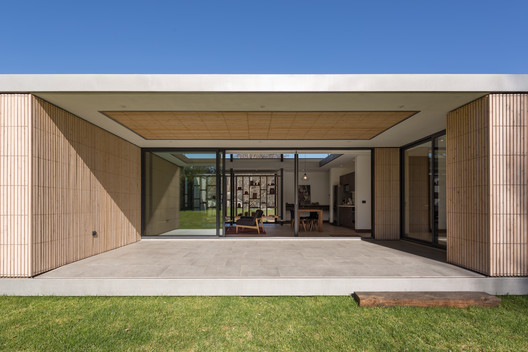 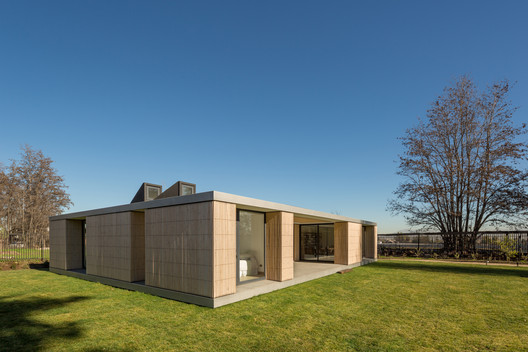