Save
The New Normal: Benjamin Bratton on the Language of Hybrids
Share
Or
Copy

The New Normal, a three year-long educational programme at Moscow's Strelka Institute of Architecture, Media and Design, is focused on "the opportunities posed by emerging technologies for interdisciplinary design practices." In this short essay, taken from a new book of the same name, course director Benjamin Bratton lays out the thesis behind the project.

Something has shifted, it seems. We are making new worlds faster than we can keep track of them, and the pace is unlikely to slow. If our technologies have advanced beyond our ability to conceptualize their implications, such gaps can be perilous. In response, one impulse is to pull the emergency brake and to try put all the genies back in all the bottles. This is ill-advised (and hopeless).

Better instead to invest in emergence, in contingency: to map the new normal for what it is, and to shape it toward what it should be. 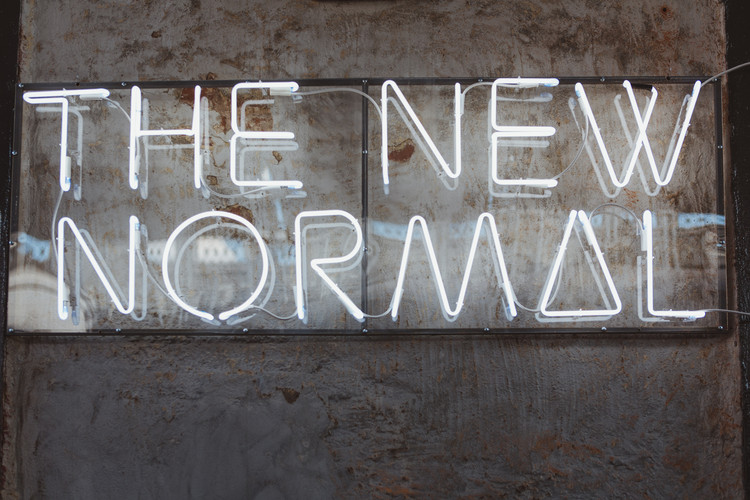 At Strelka, the previous program’s research theme was called “Hybrid Urbanism,” based on the idea that physical/virtual mixtures are still a novel hybrid. But this interlacing is not a hybrid; it is a normal thing, and if we don’t have the right words to  name it, then let’s make them.

Our theme for this three-year research project is The New Normal. The term can have several connotations and I like that slipperiness. The first is that design must map these bizarre circumstances anew if it has a hope of ever designating their futures. From there a second connotation, working to enforce new normative claims, is clear. Design’s reaction to the new normal can’t be phrased only in terms of acceptance or resistance, but of re-determining what norms will be. Despite appearances, this is still possible (what seems insurmountable may be a hollow).

The language of hybrids is part of the problem. When something new appears, we may understand it as a combination of familiar things. A car is a “horseless carriage.” A handheld computer + camera + wireless data is a “mobile phone.” A metropolis woven with sensor networks and information technology is called a “smart city.” A blockchain is, more or less, “digital money.” And so on. Our formal and vernacular languages are strewn with horseless  carriage metaphors. In the short term, hybrids  may  make sense by way of analogy and continuity, but soon they create confusion, and even fear, as the new evolves and resembles the familiar less and less. Hybrid terms delay recognition and defer understanding of what requires our most audacious attention.

So instead of piling on more hybrids, exceptions and anomalies, we need a glossary for a new normal, and for its design and redesign. But why is that so hard, and what is the new normal anyway, or better, what should it be? I ask this because much of the new normal doesn’t seem “new” at all. To the contrary it seems like a nightmarish regurgitation of history-themed vulgarities: stupidity locked in to a long winter ’s ground war against reason. As 2016 is pulled remorselessly on into 2017, we are dumbstruck. Sometimes things are not as they seem (and sometimes they are even more what they are than they appear to be.) To see things new again, strange and marvelous, requires our most adventurous faculties of imagination.

The new normal condition twists distant sites, one into another.

Discontiguous megastructures cohere from molecular to urban to atmospheric scales into de facto jurisdictions. Ecological flows become sites of intensive sensing, quantification and governance. Cloud platforms take on the traditional role of states, as states evolve into cloud platforms. Cities link into vast discontiguous urban networks as they also multiply borders into  enclaves inside of enclaves, nested in gated communities inside of gated communities.

Interfaces present vibrant augmentations of reality: now address, interface, user. In my book The Stack: On Software and Sovereignty (one diagram with a 500-page caption) this is described as an accidental megastructure of planetary-scale computation.

Strelka is a school of design and also a school of thought, and so  a language of and for the urban, a new language for the new urban reality is essential. The New Normal program frames not just cities and their relationship to information technologies but  (even more) of  emergent economics, politics, and cultural norms: a multipolar Anthropocenic precipice, unfolding crises of authority (too much, too little), genomic flows and flux and fundamentalisms, financial  melodramas, and a videogame-like geopolitics full of hidden trapdoors and Easter eggs. How to name these directly? It is not just hybrid terms that are suspect, but good words too, like “sovereignty,” “politics,” “identity,” “human,” “organic,” “citizen,” “home,” “modern,” “authentic,” “progressive,” “natural,” etc. What do these words mean anymore? Or rather, does what they mean describe what is actually happening? When does the gap between what they mean and what is happening become so wide that we need to move on to new words? Can we invent a conceptual language fast enough to describe what we  need  to? How to design a  more effective  glossary? Can we do it fast enough? In order to articulate new normative claims, perhaps the most valuable thing we could hope to design is a viable glossary with which to name our situations directly.

To assume that the future will be like the present—only more so—is a risky bet. The historical evidence is against it. The value of emerging technologies may be less that they bring new solutions, but that they pose essential problems and questions:  automation of what? Machine vision of what? Recognition of what pattern? Whose artificial intelligence about what? The future city when? Who is included and excluded from the  new norm; on what terms will we be included in each other’s worlds, or not? We do not know what these technologies are for good for yet; they remain open to definition.

That is the good news. 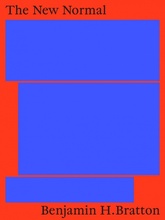 The New Normal
Buy now
Share
Or
Copy
About this author