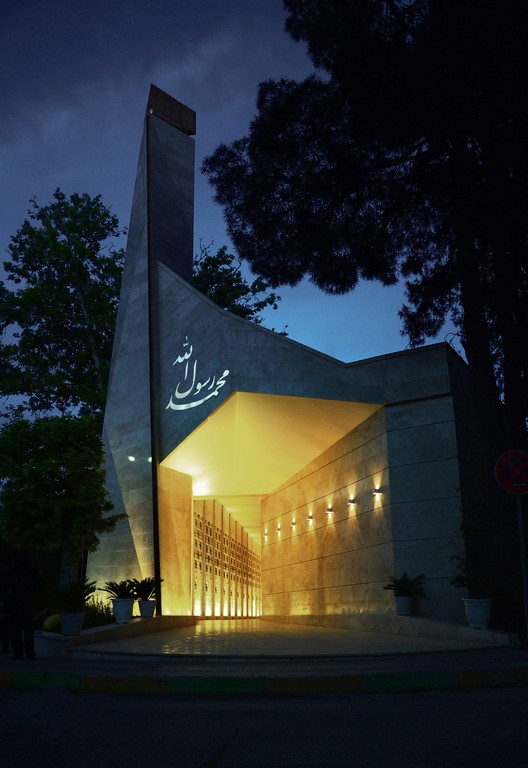 Text description provided by the architects. The client asked us to design a mosque with the maximum capacity for prayers in the area of the old prayer hall at the site, being surrounded by 70-year-old trees and the hospital’s main streets. The primary idea was formed on four challenges; the maximum capacity for prayers, preserving the trees, proximity to the main axis of the pavement and the old prayer hall. In the first step, considering the project conditions, the pattern of a mosque without court was chosen where the whole area between the trees was regarded as the designing area. Considering the oldness of the prayer hall as part of the site’s history, its plot plan formed the plan of the new mosque’s dome.

Regarding the access of Patrons, two entries were designed for the mosque.The two entries are connected together by the linking element of Riwagh, which is traditionally considered as an important element in designing Persian mosques. In addition to creating Visual communication, the openwork wall of Riwagh organizes the association of mosque with the northern crowded passage. Beside the entries, two minarets have been designed in a rotating configuration. The minarets have contributed to the invitation of the entries and the symbolicicons of the mosque, two minarets on both sides of the dome. Nevertheless, this image would change as you move around the building, diversifying the observer’s vision.

The prayers would pass from an open space towards a semi-open space as they enter the mosque which is a common pattern in Iran’s traditional architecture. This form allows us to open an orifice against the southern half of the sky so that the sun irradiate the dome through it at noon time all year round. The facade of the mosque is covered with stone to demonstrate a heavy, strong, and simple face among the trees at the site creating an appropriate contrast in association with the copper coating. The simplicity of the form, material and geometry along with employing spatial patterns of historic mosques and traditional details such as openwork walls and indoor epigraphs represents the general approach in designing the mosque, i.e. paying attention to Islamic traditions in building mosques and expressing it by the modern language. 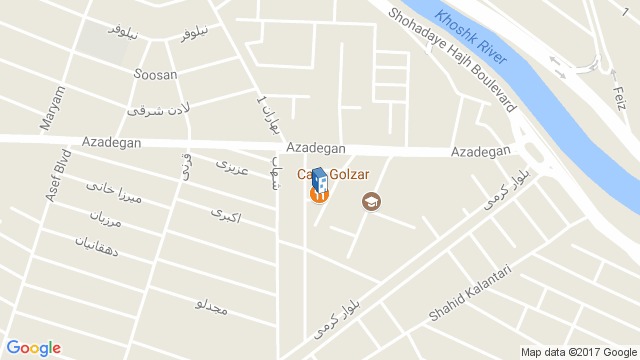 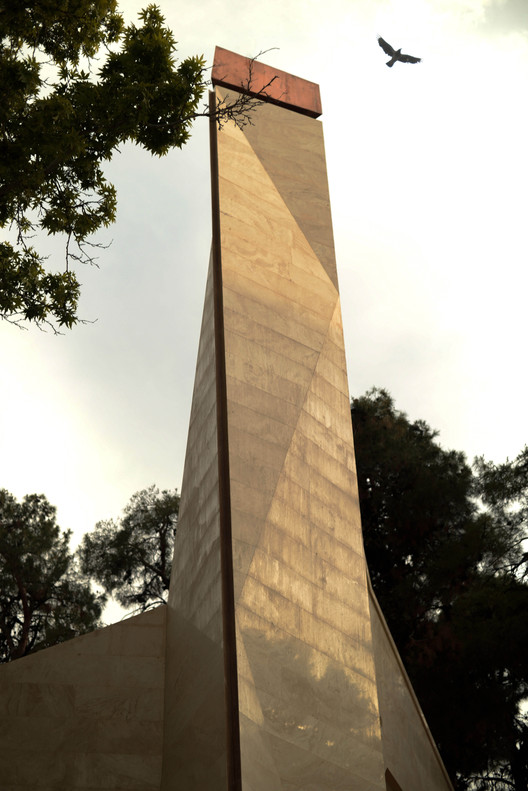