Educational ensemble
The idea of the educational ensemble originated from a study in 2005, which involved the local community to develop a holistic concept for the village. Based on the original building of the 1970s, where the school and the kindergarten were housed together, a concept developed over the years which allows both facilities more space and interaction whilst at the same time integrating the existing village library.

The educational ensemble opens itself to the village and vice versa - it becomes part of everyday life. A prerequisite for the implementation of this progressive and modern concept was the exemplary educational autonomy of South Tyrol and the very committed teachers involved in the project. The premise was to create an engaging and activating learning environment that encourages discovery, experimentation, and research.

As a sensory instrument, which changes and sharpens perceptions, the new school building does not only offer a suitable house for up-to-date teaching and learning but is itself a teaching tool. By making the space available and comprehensively allowing this space to be experienced in all its dimensions, it also contributes to structural and architectural understanding.

The kindergarten
The kindergarten, completed in 2010, consists of three buildings, thereby taking care to consider the village’s scale as well as the children’s perspective. The individual buildings join to present an optically memorable form; cleverly using the existing topography, they are embedded in the slope and connect internal and external spaces. The building becomes an integral part of the surrounding landscape unfolding an inner and outer complexity of spatial sequences.

The primary school
The architectural strategy to juxtapose clearly recognizable volumes which together form a larger whole, also applied here: maintaining the outline of the original school, its shape was reduced to simple and clear volumes and, like those in the kindergarten, organized in individual building structures.

The rough plaster of the outer facade interplays with the exposed concrete facade of the kindergarten. The sloping terrain in which the original building stands creates interesting special situations at varying levels.
To the West, the school is connected to the adjoining gym, the music pavilion, and the fairground and thereby enhance the link to the village center.

To the East, the free area used for break time which is adjacent to the school hall is also where the school connects to the kindergarten, thereby promoting cooperation between the two. New passages along the school provide direct access from the pedestrian zone in the North to the playground in the South. Due to the sloping topography, the basement of the primary school opens out to the playground and also contains a public library in addition to the canteen. Divided into different small-scale spaces, the library contains a media section as well as niches for reading.

In the upper floors, a connected atmosphere is achieved via the high-ceilinged design of the school hall. A viewing gallery joins the rooms on the second floor with the central space of the building. The original circulation is transformed into a learning landscape, around which classrooms, additional rooms, the central cloakroom, the staff room and the toilets are grouped.

Spacious glazing to the outside as well as between the school hall and classrooms ensure exciting visual connections as well as views of the surrounding mountains. Each classroom is assigned a window niche, which offers sufficient storage space and provides additional seating for the school hall. These new openings transform the previously small spaces into a large whole. In this way, different places of learning also develop outside the classroom.

The largest structural change was made by transforming the attic into a large, cohesive area – the Open Space; this multifaceted and multifunctional space supports the research aspect of the pedagogical concept. Movable furniture as the room divider, crafting tables, workbenches and a kitchenette ensure the versatility of the space and allows for infinite possibilities of reinvention. 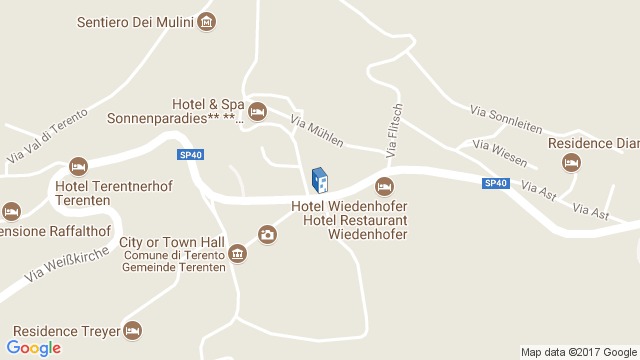 Location to be used only as a reference. It could indicate city/country but not exact address.
Share
Or
Copy
About this office
feld72
Office
••• 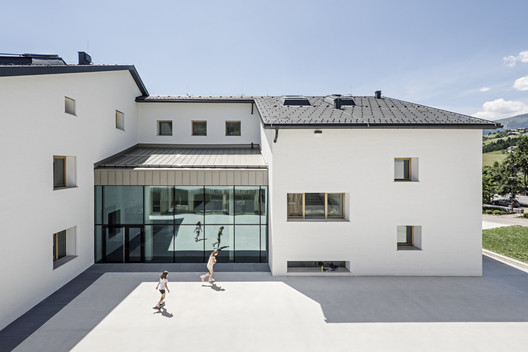