A new article from the Times profiles five of of Wright’s houses currently on the market: the Eppstein House in Galesburg, Mich; Cooke House in Virginia Beach; the Rayward House in New Canaan, Connecticut; the Penfield House in Willoughby Hills, Ohio; and the Sweeton house in Cherry Hill, New Jersey. 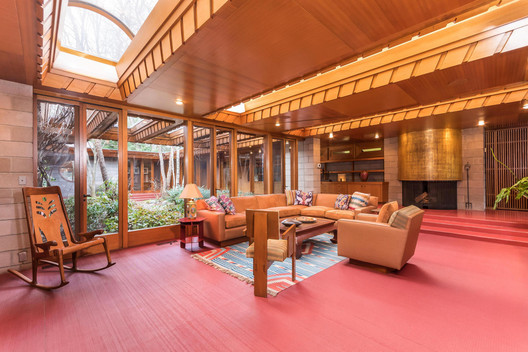