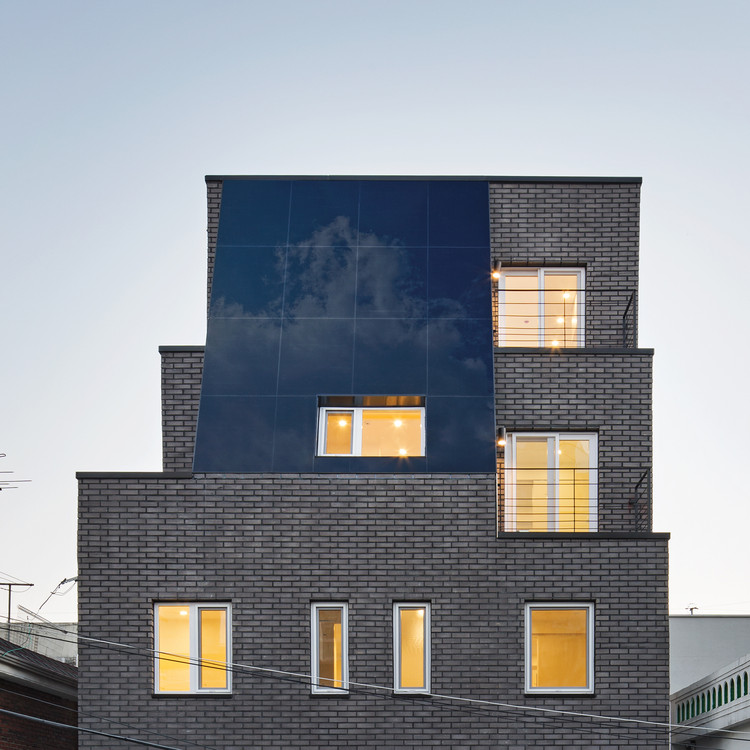 “House Embracing Sky” is the second residential project by Archiworkshop in MangWoo district in Seoul.

It was built on a site, which has a land area of 108.9. The border of the site was invading to and by its neighbours’ building, and the road for construction was not completely secured. Allowing building coverage ratio of the site 50%, there was only 56m2 to build.

We had a thorough consideration on various issues, such as maximizing building coverage ratio, minimizing any problem with neighbors and their lands, rational application of architectural slant line restriction for daylight, etc. Due to building code, the inclined facade was formed. The inclined facade has issues of getting polluted due to dust storm and air pollution.

At the beginning, we tried to hide this slope but then we switch our thought and developed to an idea ‘what if this can be well presented in a different way?’. The inclined facade turned into a mirror Facade, which embraces sky and captures a change of the scenery while the mirror mass is unrecognizable and disappears.

The rough surface of the black brick facade and smooth mirror facade gives a great contrast. The shaded portion of the black mirror captures the sky and such reflection can be seen by publics on the ground floor. The mass with one side slash might have been the biggest concern at the beginning, but it became the signature of the building. 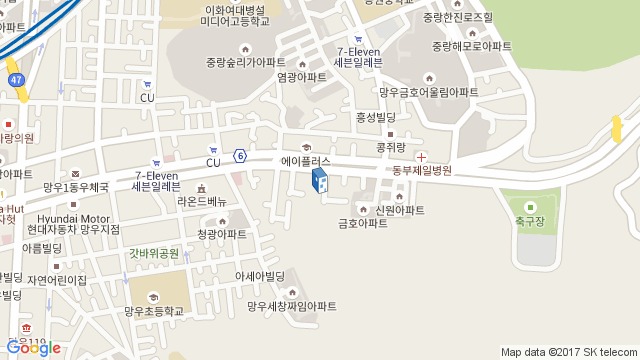