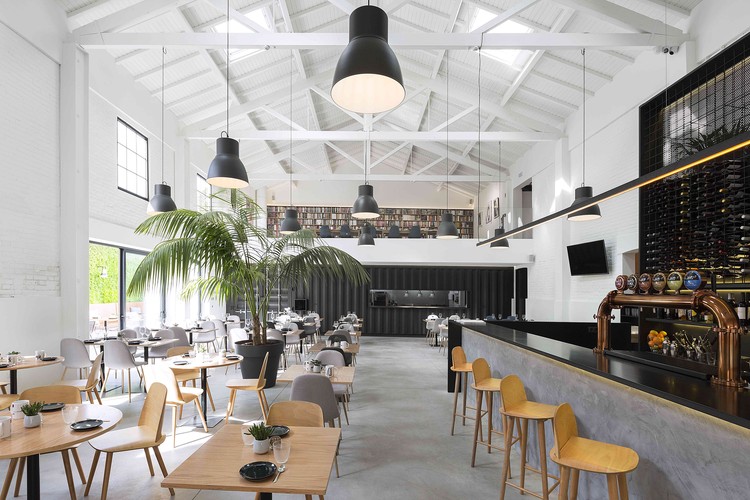 'Theatro' is born from the dream of a new society of young entrepreneurs, who wished to build a multifaceted space that would be able to fulfil the dream of each one. Therefore, a versatile space emerges, where the bookstore and cultural dissemination merged to a restoration area are the fundamental uses.

The chosen building, an old theater hall from 1910, which was abandoned and had suffered several changes over the years, but kept it´s historical meaning. The concern is to bring back the lost identity and recover the original features of the building through an intervention based on the

Regarding the main façade, keeping the existing alignments, the building seeks to separate from the neighbour through a big vertical window, as a way of reinterpretation of the original volume. The original tiles were cleaned and some adjustments to the windows were made, specially in the main entrance where the original arch was rebuilt.

Conceptually it was suggested that there should be no physical barriers between the different interior areas, instead these would be defined by furniture and differences in materials, fulfilling the premise of the proposal, intervening as little as possible at the construction level. This option is clearly assumed in the kitchen volume, which being a new volume in space was treated with corrugated sheet, simulating an industrial container, reinforcing its character as an external element to the pre-existence.

This kind of intervention allowed to solve the program, developed in two floors.

At the ground level the entrance is a mixed area of cafeteria with bookstore. In the main room the dining area is marked by the bar and wine cellar, clearly new structures with "industrial" character which combined with the furniture distinguishes the areas, giving the character of dynamism requested by the client.

The "container" volume houses private service areas as well as the toilets. The lateral hallway is marked by a large bookcase that assumes the main exhibition area which allows access to the upper floor spaces, a wine bar and a multi-purpose space. 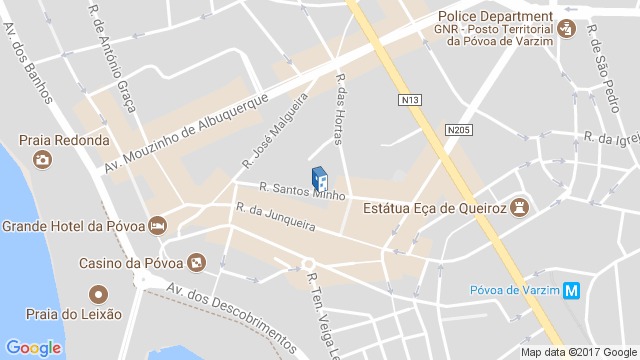 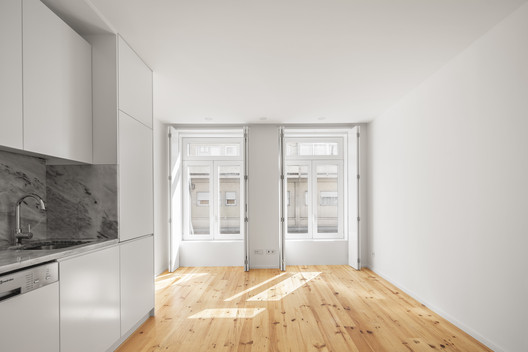 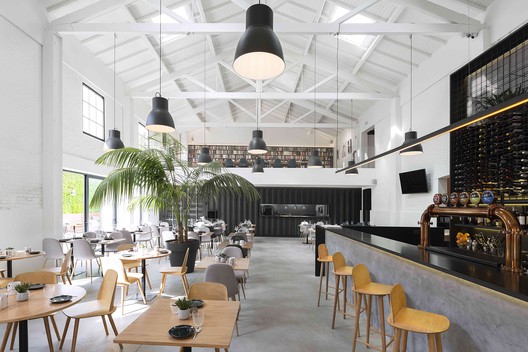