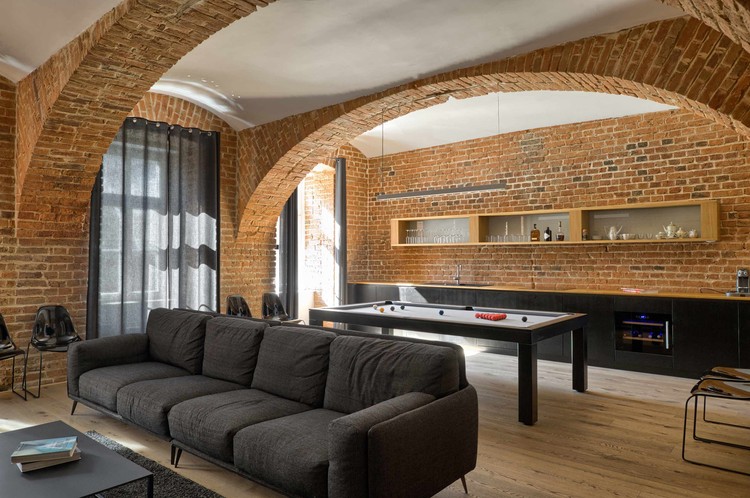 Text description provided by the architects. The apartment in the historical core of Maribor reveals the architectural beauty of the cities built at the end of the 19th century. Sometimes it turns out that the best an architect can do in favor of living quality is the entire purification of the existing space instead of adding new elements. When the ruined plaster was peeled off in the interior of the bourgeois apartment, the poetic essence of the construction appeared. Less than a century ago, brick was considered to be of a lesser value and was covered with plaster, at that time a more decent choice.

But in modern architecture, the central motif of designing the ambients is to exhibit the sincere cornerstones of space, such as visible concrete and wooden construction. A well-preserved brick, which has been hidden for a century by the finishing layer of the plaster, reveals the atmosphere at least as prominent as the raw concrete. A worn-out apartment at an exceptional location was bought by a Maribor soccer player. This should not be a shelter or a family home, but a place to enjoy, was the starting point of the client. But the architect can never foresee all the actual uses of space - the most interesting are those spontaneous, unforeseen, even secret or hidden. The architects opened the space completely.

They have removed all existing partitions and doors. They kept beautiful wooden frames in the sole preserved construction wall. The floor was covered with an old oak parquet. Thus the ambiance has become a space for the game for the endless possibilities of scenarios. 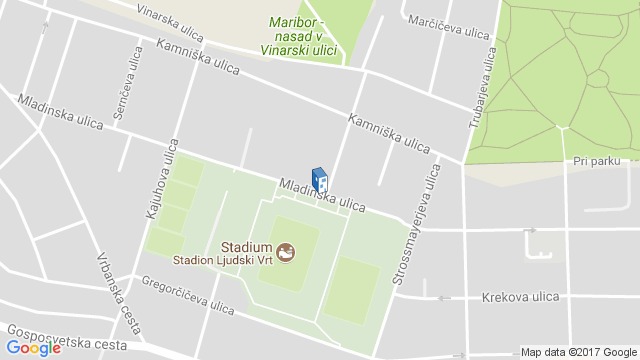 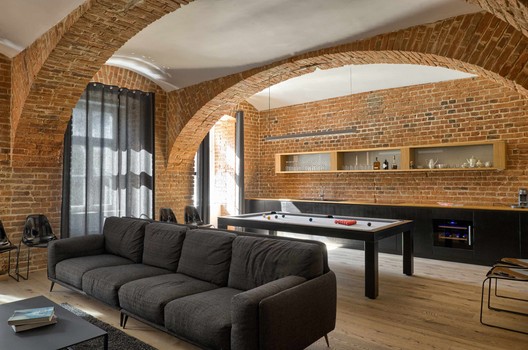