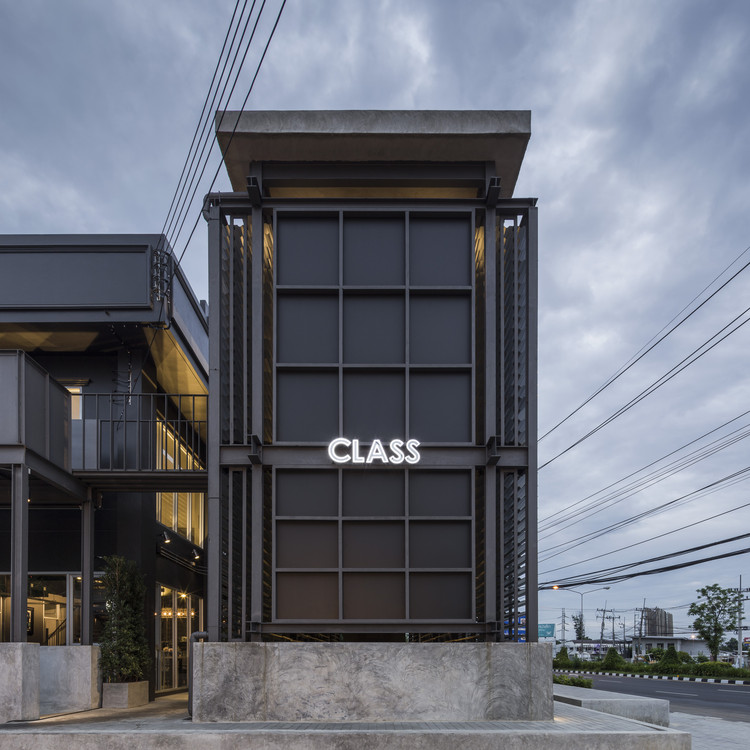 Text description provided by the architects. In the past couple of years, Buriram has seen the birth of many new architectural structures. Located on the main road that leads to the city center, Class Cafe occupies the once old and unused building and is now turning into a new destination of this northeastern city’s inhabitants. As the first branch outside of Nakhon Ratchasima, the neighboring province where the coffee house brand is originated, the project’s owner’ brief includes the wish to have the old-looking structure wrapped with the new building shell with the current architectural trends being the references. Looking through the structure’s physical conditions into the actual demands of both the project’s users and owner, the architect proposes the idea that is later materialized into the design of the building.

While the building’s capacity is sufficient to function a café, the architect thinks that idea of using air conditioning system with all the functional spaces may have caused the program’s ambience to be somewhat too homogenous. The inspiration for outdoor space comes from the ‘sala’ (a Thai pavilion) located on the yard of the owner’s grandmother’s house. The outdoor addition grants greater flexibility to the house’s functional space, especially on the good-weather day. The architect’s idea is to add an architectural element that serves the similar role to a ‘sala’. The 4x15-meter pavilion with the height of 7.5 meters is constructed at the front of the existing building instead of spending the money on wrapping the original structure with a new shell. A semi-outdoor space offers the diverse spatial experiences and can be used to host events while concealing the preexisting structure of the old building as the owners initially intended. The construction employs the use of steel structure for shorter construction period and relocation when the lease comes to an end.

With one of the partners owning a corrugated metal sheet factory, the material is used for the construction efficiency including the modern aesthetic that the fast-growing city such as Buriram needs. While popularly used to construct the solid form of building shells, the material is approached differently with Class Café. The architect searches for the beauty in the straightforward use of corrugated roofing sheets whose image is often associated with cheap buildings. The sheets with standard width and 1-meter length are jointed to the steel structure in horizontal configuration, with 15-centimeter gap between each piece, collectively forming the pavilion that stands 6-meter high from its base. The gaps allow the corrugated sheets to reveal the beauty rendered from their sleek thinness. The structurally solid mass when complemented by the presence of light looks visually weightless and airy. The joints are flexible enough for the sheets to slightly move when encountering a strong wind while the damaged sheets can be conveniently replaced in the future. With the copious amount of 1,036 sheets and 8,288 joints, the installation is handled with great attention to details, similar to the way a piece of furniture is crafted where intricacy and time are pivotal to the desired aesthetic appearance and functionality. 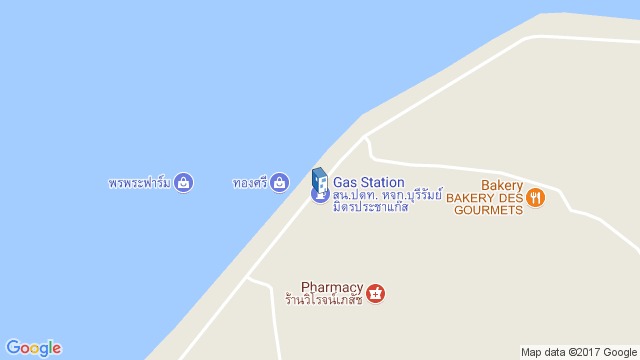 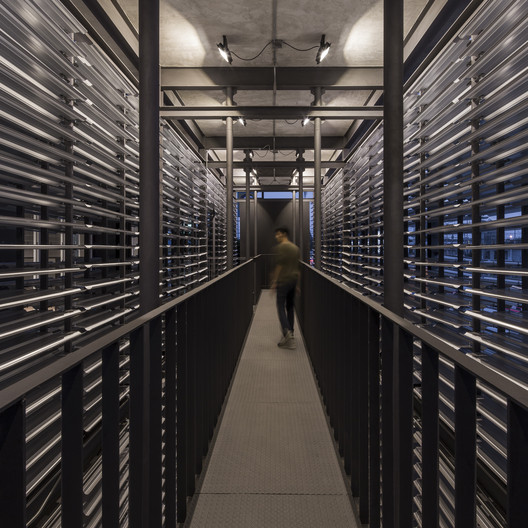 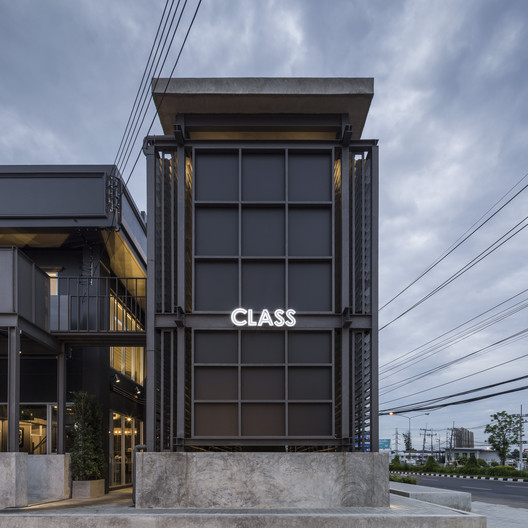