Save
Half House / Architects Group RAUM 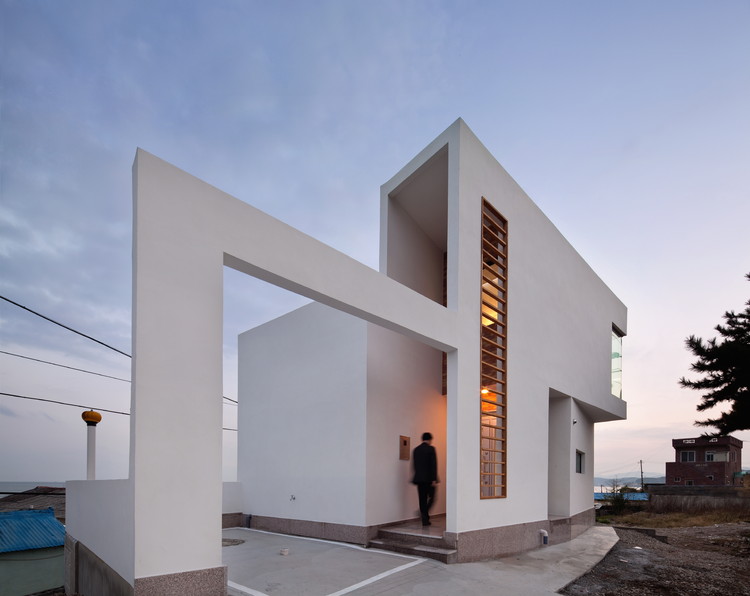 in the music video for the Chemical Brothers’ song ‘Let Forever Be’, directed by Michel Gondry, the actress continuously jumps from two-dimensional to three-dimensional spaces and vice versa, creating unique and repetitive patterns. This music video shows Michel Gondry’s originality, famously the director of the film The Science of Sleep, and creates an awkward effect by connecting two-dimensional and three-dimensional worlds. Its awkwardness unexpectedly stimulates and encourages audience participation, instead of allowing them to remain passive.

How does an architect begin to design a project? First, the architect works on making a three-dimensional structures and emphasizing it in a unique way, in order to create a unique space. If the architect begins by using a general three-dimensional space, he or she cannot help but expect an output that is too simple and obvious to be easily designed. That’s why architects, at the beginning of the design stage, separate lines and faces of a structure instead of matching them correctly and connecting these lines and faces again later, to make a three dimensional mass. The way architects think about the connection, which differs from architect to architect, develops into an original architectural idea. Sinwook Oh sets a frame detached from a picture on a wall, leaving a space between them. It’s an installation that makes a conscious connection between the two-dimensional frame and picture to create a three-dimensional space. The audience is required to overlap these two elements to see a single space.

Like its surrounding areas, the construction ‘half-house’ shows a situation where the land is cut through by a new road. Its name may connote a two-dimensional facade cut and set along the road. There is no cross section but a frame (skin), however, detached from the wall. In fact, this frame is a formative structure playing an important role. If this house was designed as a half structure, as the name literally implies, and revealed a cross-section of the house, it would look incomplete. It’s well that it does not. Let’s have a look at the rear. This construction is located in the middle of a group of houses in a seaside village.

From the back, forming an intended line, these houses are constructed along the boundary lines on the cadastral map, so they fit in with their surroundings. While the wall line is adjusted to an axis parallel on the boundary line, it is not parallel with the road and instead forms an angle to the road. Through this classical misalignment, these houses try to realise a combination of crossing masses. The misalignment figures the Modernism which features geometrical aesthetics that many are familiar with. It also seems to reflect a kind intention to make these houses accommodate to surroundings and keep the context at the same time. It appears far too plain, however, and that is why the architect divides this house into a frame (skin) at the front and a picture (body) at the back, connecting the two again trying a three-dimensional modeling.

Windows and openings designed in the modeling process add zest to the owner’s daily life. On the one hand, including different shapes of pots placed in a fragmented space near the stairs leading to the second floor, seems to imply the owner is at a loss. This fragmented space hinders a mass combination. However, it appears that the architect should be more active and bold when realising a mass combination. On the other hand, the room with a nice view, the terrace on the second floor suitable for a party with a view over the sea, and simple and inexpensive materials emotionally link the house to its owner and make up for any minor drawbacks. The owner is a modest and simple person who always feels grateful for the house.

Considering the concept of the ‘perceptible frame’, the upper part of the parking space entrance on the left-front side of the house, which is an essential element of the architecture, should have been designed as a part of the detached frame. The parking space hows the architect’s hesitancy when framing and the architect’s intention to hide behind functionality of the parking space. Perhaps he as tried to be too nice in accommodating the person occupying the house. A little awkwardness is okay. In fact, it would be even better if it were as awkward as Michel Gondry’s work. Awkwardness draws attention. The audience wants to be stimulated and participate. After our visit, the owner was rushing out of the house to go to work. After watching him through the window in the detached frame, I thought that architects don’t have to be only nice.