Designs have been revealed for a new 40-story skyscraper in New York City’s NoMad neighborhood designed by Rafael Viñoly Architects that will house the newest Ritz Carlton Hotel. Located at 1185 Broadway, the will be noticeable for its embrace of greenery, including wraparound vegetated balconies and large, open terraces with enough vertical height for several trees.

Rising 580 feet to its peak, the building will stand out from its immediate vicinity, which is notable for its lack of tall buildings, especially when compared to nearby midtown and the batch of supertall towers currently rising along Fifth Avenue. Permit applications indicate the tower will contain approximately 165,000 square feet of total floor space, spread across 164 hotel rooms (averaging an incredible 934 square feet per unit) and amenity spaces, including two ballrooms, several bars and restaurants, a 29th floor club lounge and a rooftop bar. Nearly 12,000 square feet of ground floor space will be dedicated to retail.

Projected to cost $484 million, construction is expected to begin next year with completion slated for early 2021. 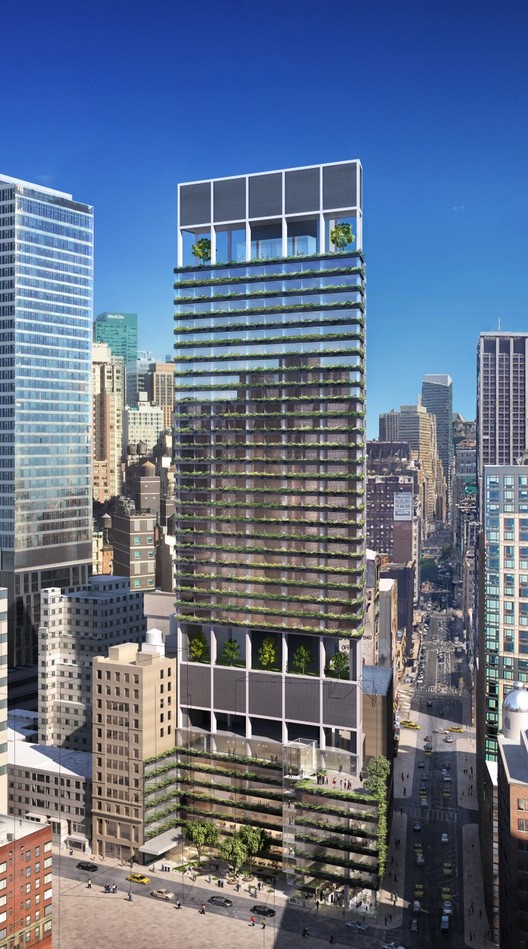