Save
Warehouse of Time / FT Architects 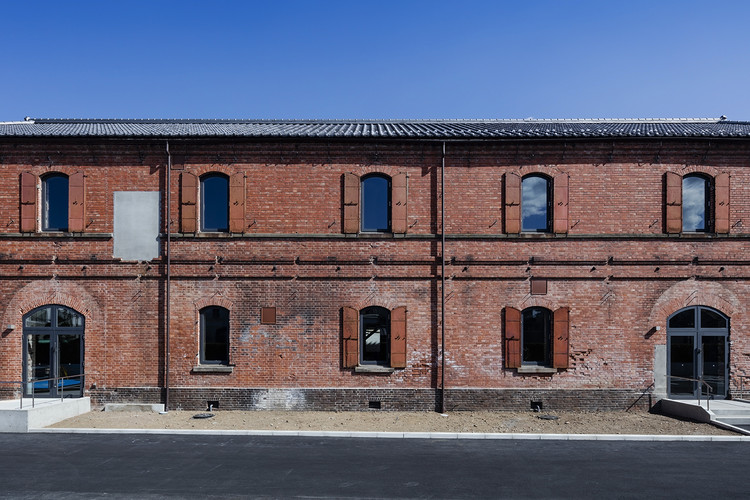 Text description provided by the architects. Architecture as Archaeology

This architecture is a renovation of a brick warehouse built in 1896. It was designed and built 120 years ago by Shimizu-ten (currently one of the biggest construction companies in Japan) to storage cocoons, which were high-end products and uses the latest technology at that time. It could be seen in the high-quality bricks and laying of it, the large column-free space of 9m by 36m achieved by a king post truss and the window fittings that could ventilate and control humidity. This was the first time in Japanese history that a brick building achieved the same quality built in the western countries. Eventually it became a national listed building as a valuable industrial heritage and a preservation and renovation project was planned to transform it to a community center for the city of Honjo.

A preliminary research was conducted by a team of Waseda University across various fields, such as history, structure, material, urbanism and disaster management and several things became clear. The existing architecture’s brick wall and timber truss were still acting as structural elements even today, but the yield strength on the short side was insufficient. Another thing was that, there were no detailed drawings when it was completed existing and several renovations were conducted since it was privately owned. The information gained from the research were fragments due to the warehouse being 120 years old. However, it became a valuable clue to determine the direction of the renovation. Through the collaboration of this research team and us architects, 2 themes for this project were determined. One is the seismic reinforcement not interfering with the existing space of brick masonry and timber truss as much as possible and another is the spatial design where we deal with the traces of the conversions pragmatically, as representation of the past events.

The seismic reinforcement was done by steel structure, in order to clearly distinguish with the existing architecture and we aimed to have the same seismic performance as a contemporary architecture. The insufficient yield strength of the short side was reinforced with the horizontal elements such as the floor of the upper storey and roof, where it becomes completely unseen when completed. The vertical elements such as columns becomes the minimum size by mutually depending on the existing brick wall and appears as a contrast to the brick space. Scrap and build is the dominant culture in Japanese architecture and even if we were able to preserve old buildings, the existing structure is usually only used as a façade. It was innovative for us in Japan that we were able to structurally evaluate and utilize the existing architecture.

The existing architecture was built in the eclectic period of the new Western tectonics and the traditional Japanese tectonics, resulting in the mixed use of Japanese and Western order (dimension system). For instance, the beams are built in the Japanese traditional module “Shaku” whereas the columns are built in the Western module “inch”, and other elements are built in different modules, thus a gap occurs between them. The seismic reinforcement is carefully inserted in these gaps of different orders, so it is possible to detach them in the future.

The traces of the conversions are the results of the gap between the change of the function and the space. We thought of them not as defects but as the representation of the accumulated events of the past. This doesn’t mean to leave the past renovations as it is. We removed the unnecessary and repaired the broken parts, but didn’t try to imitate or restore them to the original. This skillful handling was the most important point in the spatial design of the renovation. Sometimes it might become grotesque but we kept in mind more of the pragmatic firmness of them.

We would be glad if people could think of this architecture as a prototype for preservation and renovation projects where there is few documents and little construction budget. It is not about reversing the flow of time, but reconstructing its history by connecting the historical fragments left through filling the gaps with imagination and connect them to the future. This is an archaeological way of thinking in architecture and here stands the meaning of architects to participate in renovation projects of old architecture. When you actually visit the warehouse, it would seem that the architect didn’t do anything. However, that is the most fortunate thing for this architecture. 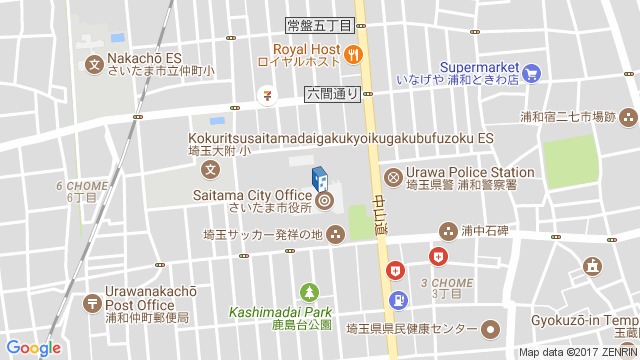 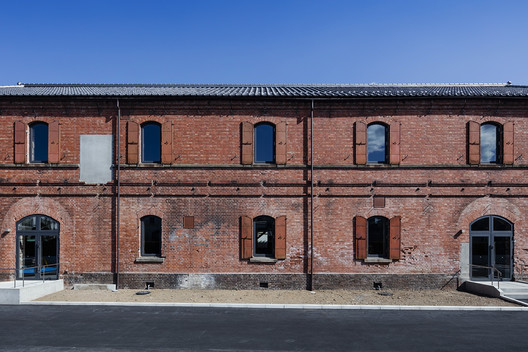