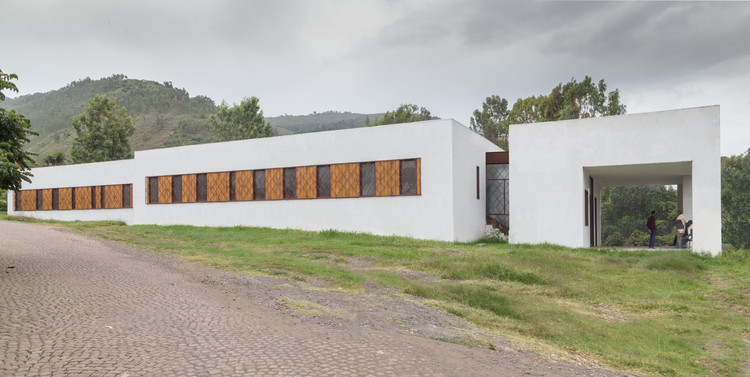 Text description provided by the architects. The project is located at the entrance of the hospital compound in the city of Woldya, in the north east of Ethiopia.

A key decision of the project was to divide it into two areas that share the same entrance space: the functional maternity unit and the mothers’ waiting area, a new program born as a result of the sociological analysis of the site. This is a space where future mothers coming from rural areas can live in an environment where they can feel comfortable two weeks before they give birth.

The first one, the functional and operational medical space, is composed of three rectangular volumes that are connected by a central corridor. The three volumes compose the different areas of the maternity unit: Reception, Patient, and Operation areas.

These are separated from each other to bring light inside the main corridor. The design of the façade includes cultural references on the window grills that are shaped using a traditional Ethiopian pattern. The open air reception takes advantage of the outdoor space and climate and aims to integrate the community into the building.

The second one, the mother’s waiting area, is inspired by the tukuls, the traditional Ethiopian huts and it is composed by circular volumes organized by a similar pattern. Like a big house for new mothers, it has a day area composed by an open air living room with a kitchen and a night area with five bedrooms and toilets.

All the interior spaces of the maternity ward have natural ventilation and illumination. For the construction, we used a lightweight concrete prefab system for the hospital unit combined with pine wood on the facade and steel structure with bamboo for the mothers’ homes. 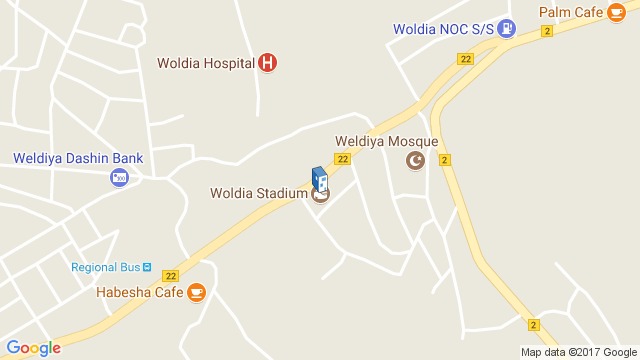 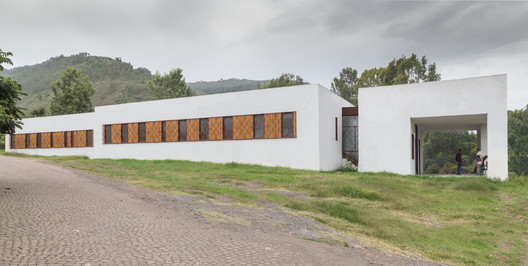