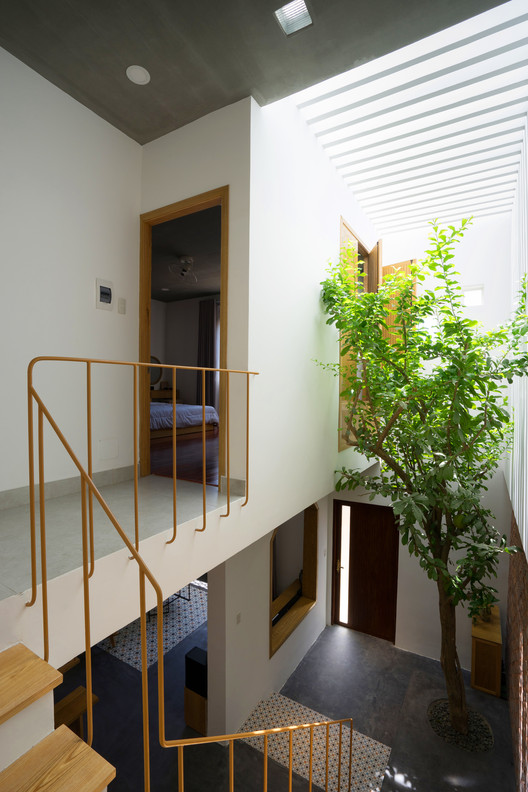 Text description provided by the architects. 7x7 House was inspired and created from the idea of a tropical space as it is located in Danang, a central coastal city of Vietnam where the climate is quite severe in the way it varies significantly between the sunny season and the rainy one. This city is also influenced by a lot of tropical storms every year. Besides, the local people, as well as their lifestyle, is affected by their main religion, known as Buddhism. Thus, they lead an open and friendly life.

This house, of which the architect himself got the inspiration from humble zen space and from some small country houses in the central coastal countryside of Vietnam, is built for a single woman. It is requested that this house should be a space that can create a linking space filled with friendliness, closeness, and flexibility.

The problem of climate has been considered in the first place. As the site area is extremely small together with the three- hidden sides of the house, the plan is divided into two light wells which allow breeze and light to get to all the corners of the house.

Green trees cannot be omitted as they play an important role in highlighting the light well holes, which helps create a relaxing and comfortable feeling in such a small-spaced house. All the green trees in the house can help link the two floors so all the members of the family are able to see and talk to each other through this open and close space.

The architect has designed the first floor with a large sharing space where a living room, a cooking counter, a dining table are found, which restrict the lobby and extra space with the maximum amount.

In a word, both the architect and the owner of the house wish to build an effective, energy-saving and friendly house, which will take advantage of the natural features of the region. We call it “Architecture makes happiness”. 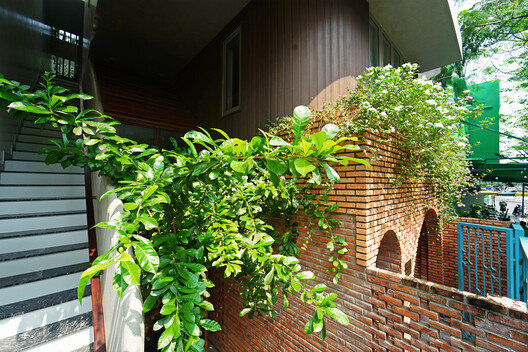