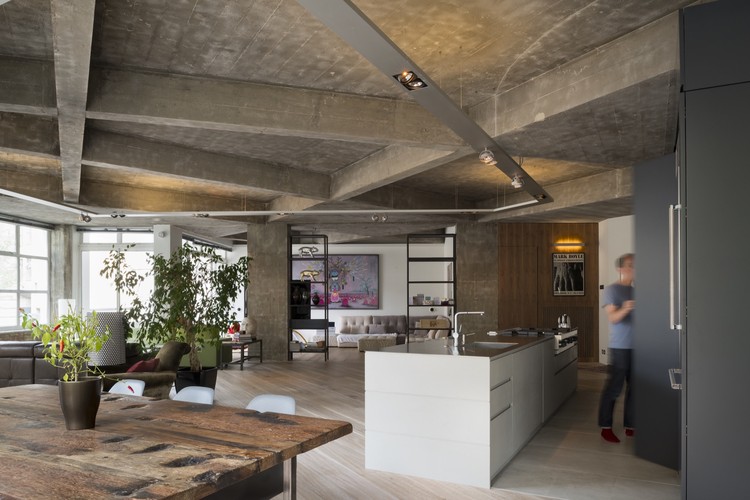 Text description provided by the architects. InsideOut have refurbished this 2,583-square- foot apartment in Clerkenwell, central London. The design focused on enhancing the industrial aesthetic of the existing building by enhancing the “dramatic geometry” of the crisscrossing concrete beams on the existing apartment’s ceilings. This involved stripping away years-old drywall to expose more of the apartment’s concrete shell.

A number of spaces were “inserted” including a TV room, 2 bedrooms, separate family and guest bathrooms, a utility room and an adaptable guest room. The inserts came in the form of numerous bespoke simple joinery pieces that emphasize the texture and strength of the concrete beams and columns.

“It was important to us, as we devised a new layout for the apartment, that we retained the open, loft-like qualities of the space. We wanted to make sure that this dramatic concrete ceiling appeared to float above the walls, unifying the apartment. The new partitions and joinery pieces were, therefore, designed to stop short of the concrete structures, expressed as objects placed into the space rather than something that divided it up.” – Stephen Kavanagh - Project Architect

Despite their simple expression, the joinery pieces house a wealth of concealed functions, including fold-out beds, integrated radiators, storage units, kitchen appliances, glazed screens, curtain recesses, sliding partitions, and the entire family bathroom. All of the joinery in the project is bespoke, made to suit.

In combination, the project’s lighting, tones and textures collude to create a series of tranquil domestic space amidst the bustle of central London. 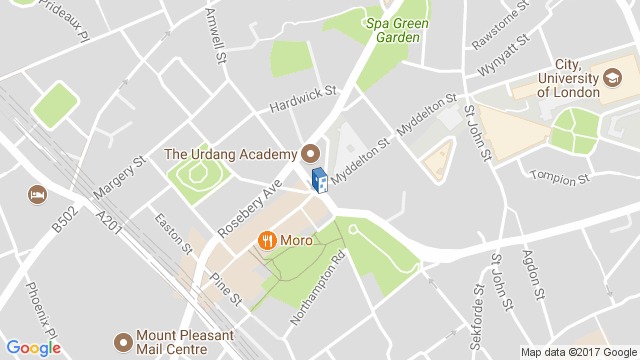