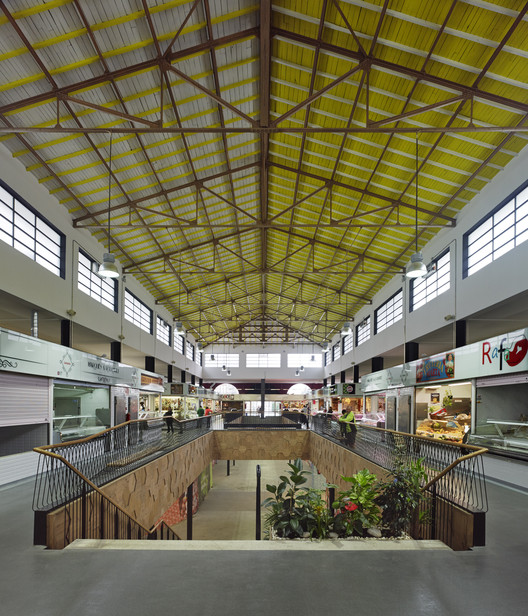 Text description provided by the architects. This work is to erase.  Delete everything added to the inherited architecture.

The original work was projected by one of the most important rationalist architects of Galicia, Eloy Maquieira (1901-1944), in the year 1936. His premature death deprived us of what would be a brilliant work. But until that date he left us samples of his talent. This is one of them.

Reformed in the 90s, we face the work from two basic ideas: eliminate everything added in the interior and open the square to the outside, make the building more transparent.

The space had been filled with elements that avoided the visibility of many of the shops. The upper floor opens onto the ground floor. The central space is cleared. A balustrade-bench gives unity to the whole. Color is always present in our work. The whole original structure is treated with fresh colors, combinations of white, green and alternating golden generate the atmosphere. A place of supplies is, in short, an envelope to protect the merchants.

The market opens to the outside. A stone plaza is projected prior to access to the ground floor. The facade opens. This recessed space allows the access ladder to fly over it. Until this moment the building was surrounded by vehicles. Public space is gained. The building is projected outside.

The cover is treated with colored gravel. A gesture of respect to the neighbors.

The performance is completed by connecting to the nearby underground car park through a concrete walkway. The skylights and the wood humanize it and serve as a frame for the Roman remains of one of the towns of the city. To say that Lugo is one of the most important cities of imperial Rome in the North of Spain.

The greatest effort was focused on demolishing and opening. From that moment the project seeks to be light, warm and timeless. 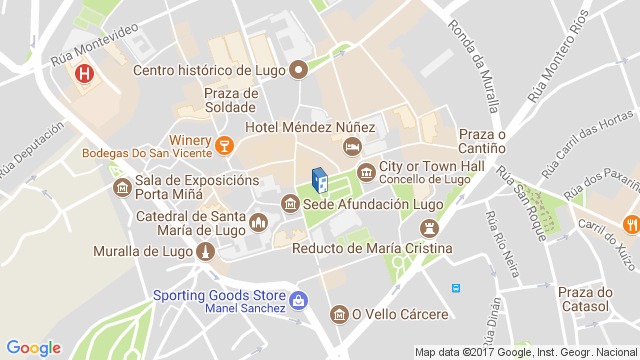