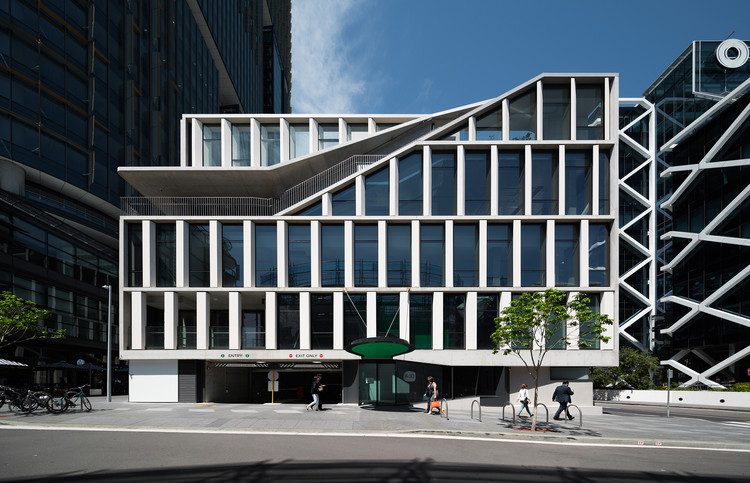 Text description provided by the architects. Barangaroo was formerly part of Sydney's working harbour, redeveloped into a commercial and retail district with parkland on the harbour’s edge,

R7 forms part of the entry sequence of small buildings to Barangaroo - a hinge - between the city and the harbour.

R7 and its neighbour R1 are linked, sitting in the round between the existing development of King Street Wharf and the higher density of Barangaroo South.

In the competition winning scheme, the action of the building is brought to the surface, through the external wrap around stair, linking every floor to the ground plane.

This vertical overgrown promenade terminates in a rooftop restaurant and sheltered garden courtyard.

The facade is constructed of stacked and offset timber columns, grading from more dense at the base to lighter at the top.

To the East the facade curves and cants back, a gentle, embracing gateway to the whole site. 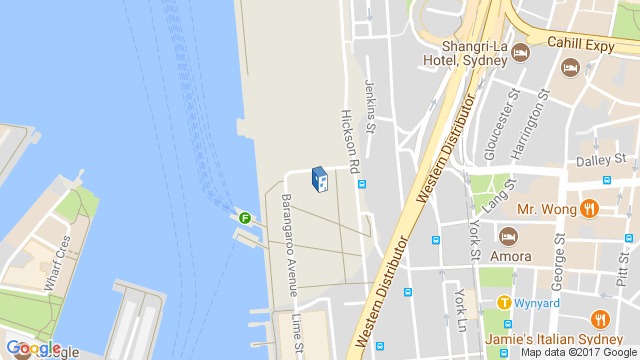 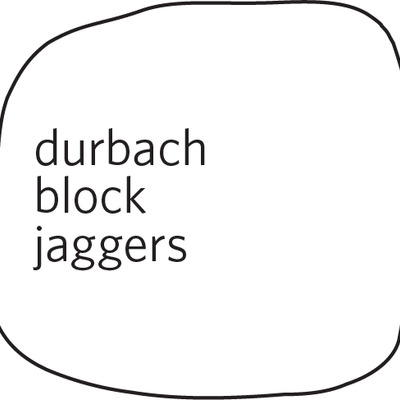