Save
The Layer House / Rubrics Architects 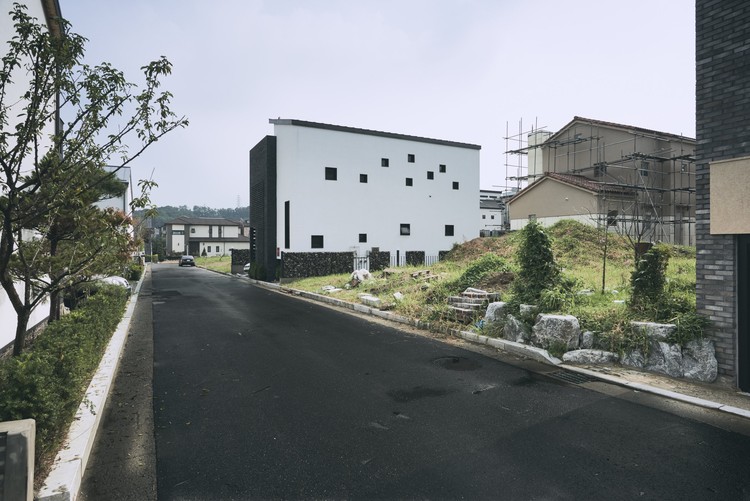 Text description provided by the architects. We were appointed to design a 4 bedroom house in Yong-in near Seoul. The client had previously lived in a nearby ‘high-rise’ development, and keen to live in a house that providing more space for his children.

Through our design we wanted to address the lack of interaction present between the family members. The dynamic of people spending more time isolated in their rooms watching TV or working say, was not specific to our Client’s family, but becoming more reflective of modern family living. This leads to a lack of communication and sharing within a family.

Our design intention was to create a house that provided the family with independent space, combined with a strong focus on shared areas. The circulation space would provide the basis of this concept as these areas are used by all members of the house to access the ‘independent rooms’.

The circulation space provided a traditional corridor but also became the living room, dining room, kitchen and study, with no walls or partitions dividing the areas. In between these areas, we positioned the ‘independent boxes’ which provided the 4 bedrooms. In order to access these rooms a user first has to pass through the open plan circulation and living areas.

In placing importance on having large circulation a living areas, and the number of required bedrooms, it provided a challenge to achieve this given the site constraints we had with regard to the volume of the building.

To overcome this challenge, we created a number of ‘layers’ of differing floor levels throughout the house. The ‘independent rooms’ in effect became stacked boxes around the circulation area and in the main, all accessed by a serious of steps. In total there are 8 different floor levels throughout the building, which gave name to the project as the ‘Layer House’. This layered approach provided a unique internal layout which further helped identify the open plan living areas from the private independent rooms, all linked together by the continuous circulation area which formed the core of the house.

Externally black clay bricks, which are more widely used in Korean houses, are used on the elevations where the circulation and living areas are internally. Patterned stacked bricks were used on the main font façade to bring in natural light to the main living room combined with floor to ceiling glass leading to the internal courtyard. Elsewhere a white stucco finish was applied on the elevations where the private independent rooms are positioned, with small square windows providing light to these rooms.

Upper floors consists of secondary living room, family bedrooms, family library and family music room to be completely family oriented space, while the ground floor is left more inviting to surrounding. This created the hierarchy of interaction where ground floor is trying to interact family with surrounding and upper floors between the family members. 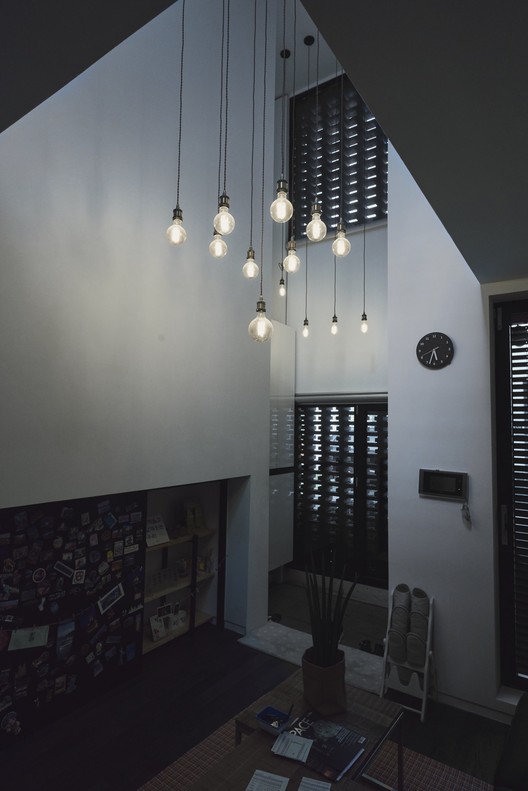 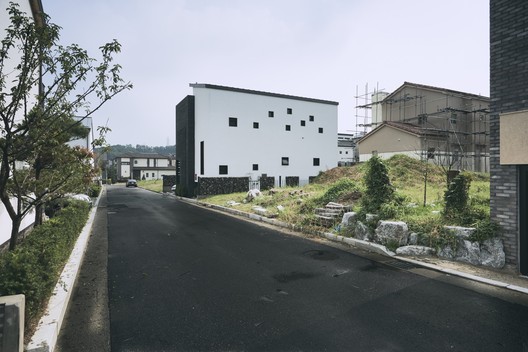