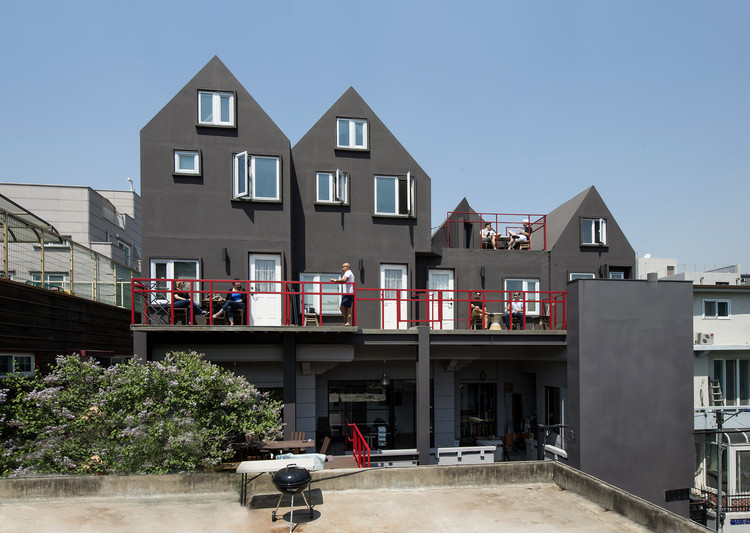 Text description provided by the architects. When it comes to dealing with old houses, what is the most important thing is keeping harmony and balance between old things and new things. The old part of house doesn't need to be looked like new and doesn't need to be looked like brand new but anyway new part looks new renovating and expanding old building is all about creating 'old newness'

When we first saw this house, there was nothing special, but just an ordinary house in an ordinary boring village and even the road was really narrow (3.5 m). we thought it needed some strong stimulation to break this boring atmosphere. The answer was people. We tried to make a shape to attract people and feel not ordinary and usual anymore.

Our solution was 'back to basic'. When the kids are asked to draw a house, they always draw a gabled house. Nobody asked and nobody forced, but they draw gabled pentagon house. We chose the gabled roof for the main shape as an extension, so all the units which are facing the sky can have their own attic. Because this house is intended to be used as a guest house.

In order to reinforce structure for vertical extension, we installed another steel column at the front side of this existing house and made another slab on top of building to support upper newly made space for the new extended part, we used light wooden structure to reduce total load to the existing house and since we installed column and beam at the front side, we made balcony for the new extension using those columns and beams.

We hope this unusual way of extending will be another way of developing the old town and it can attract people like any other European city. 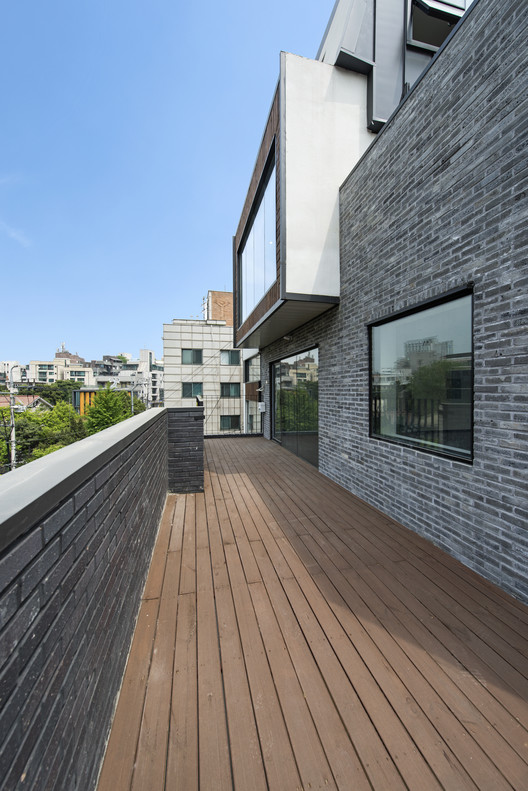