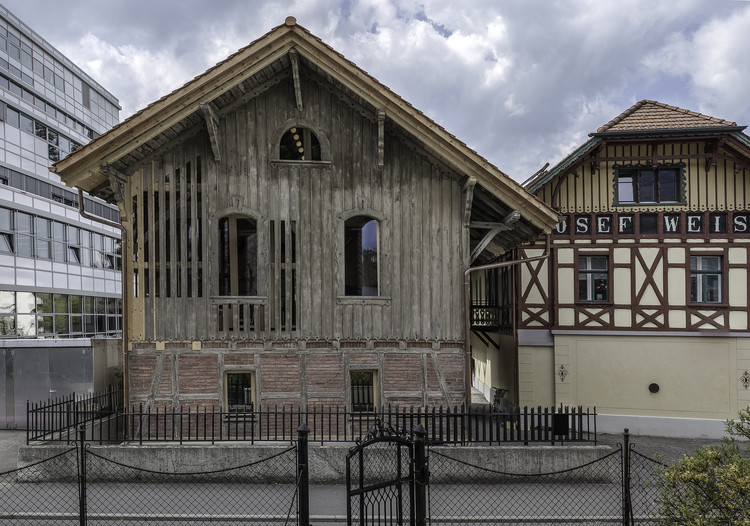 Text description provided by the architects. The economy building was constructed in 1889 in addition to the hotel and the winery of Josef Weiss. It is located in the central district of Dornbirn, close to the train station. Since 1997 it is protected as cultural heritage and could therefore escape from demolition. Over the years different projects were planned for the building but none of it was realized. It kept empty until the new owners bought it in 2016 and carefully rebuilt it to their home and atelier. By reacting to the given structures of the building the original spatial particularity could be preserved.

The result is an open, loft like living and working space that includes areas free of predicted utilization, split levels and air spaces as well as a hidden, private roof space. The façade with all its patina was kept, all modifications were made from the inside. Also on the inside is a protected small outside sitting place. Linear openings in the timber façade bring more light into the rooms and give a view to the outside. The old wooden planks on the floors were numbered, built out, cleaned an reused as flooring. Wooden parts which had to be restored or exchanged stay clearly visible as new.