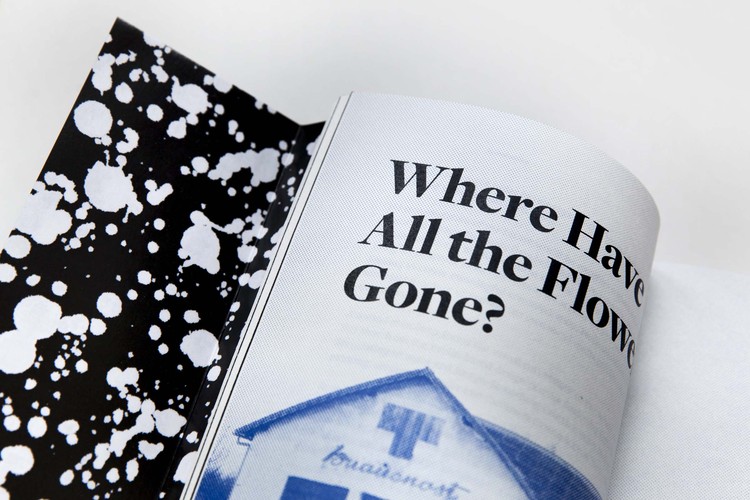 Positioned by the publishers and editorial team—dpr-barcelona and &beyond respectively—as a series of “field guides,” Archifutures, of which three volumes are currently available, “maps new developments” by means of "conversations, essays, interviews, and images." It is an exercise in reflecting on contemporary thought—both real and imaginary—in architecture and urbanism, inviting and involving a range of bodies active in and around those territories. These include institutions, for instance; activists, curators, urban bloggers, critics, editors and, of course, architects.

As the publishing project of the Future Architecture Platform, an innovative pan-European collective of architecture museums and festivals, Archifutures harnesses the talent contained therein. Part-funded by the ‘Creative Europe Programme’ of the European Union, the platform—which has the stated goal of “bringing ideas on the future of cities and architecture closer to the wider public”—is, in this sense, aligned with their secondary aim: to pool ideas from developing thinkers who are, and will, “help to shape our societies of the future.”

The three volumes currently available—The Museum, The Studio, and The Site—represent significant contributions to a dilemma faced by print publishers now and in the past: is the affordance of real-estate on a page to “younger” voices a viable risk to take? (This is closely tied to another dilemma: whether or not they believe that a book will sell in the first place.) This risk—for it is a risk—is, however, an urgent gamble to take; and while not all voices or ideas might prove, upon publication, to be as valuable as another, the aspiration is to be admired. When all is said and done, Archifutures represents a vital infusion of oxygen into an arena of discourse that runs the very real risk of becoming ever more impenetrable. 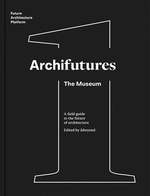 The first volume of the collection maps the work of the institutions and organisations involved in communicating the new and innovative thought and practice leading architecture today, highlighting the strategies they use and programmes they run to support this.

Essays and interviews from the Museum of Architecture and Design, Ljubljana, the National Museum of XXI Century Arts, Rome, the Swiss Architecture Museum, Basel, CANactions, Kiev, Prishtina Architecture Week, Kosovo, the Lisbon Architecture Triennale and others give working examples of the roles that these organisations and institutions play in communication and education for those both within and beyond the field of architecture.

If you want to change the world, you need to start with great ideas. This volume focus in particular is on the cutting-edge thinking and wider theoretical questions and themes that underpin the series, from reflections upon what our ideas of “future” really mean to the changing role of the architecture profession as a whole. Comprising speculative visions, essays and texts, this volume serves as a theoretical backdrop for the practical approaches seen in Volume 3: The Site.

This volume is a call to practical action leading on from the theoretical approaches seen in Volume 2: The Studio. It presents a further selection from the Future Architecture Platform call for ideas, and focuses firmly on the nitty-gritty of practice with projects and strategies that are on-site or site ready to shake up that future. These are the inspirational solutions and ideas, which could soon be transforming the landscape of architecture and our cities, reasserting the agency of what architecture in its widest sense can offer and mean.

&beyond is an international and transdisciplinary collective of editors, writers and graphic designers founded in Berlin in 2016. Comprising the editorial and graphics team that brought you uncube, &beyond specializes in understanding and implementing next level publishing and brings together not only experience and expertise, but a worldwide network of collaborators.

dpr-barcelona is an architectural research practice based in Barcelona, dealing with three main lines: publishing, criticism and curating. Founded by Ethel Baraona Pohl and César Reyes Nájera, their work explores how architecture as discipline reacts in the intersection with politics, technology, economy and social issues.