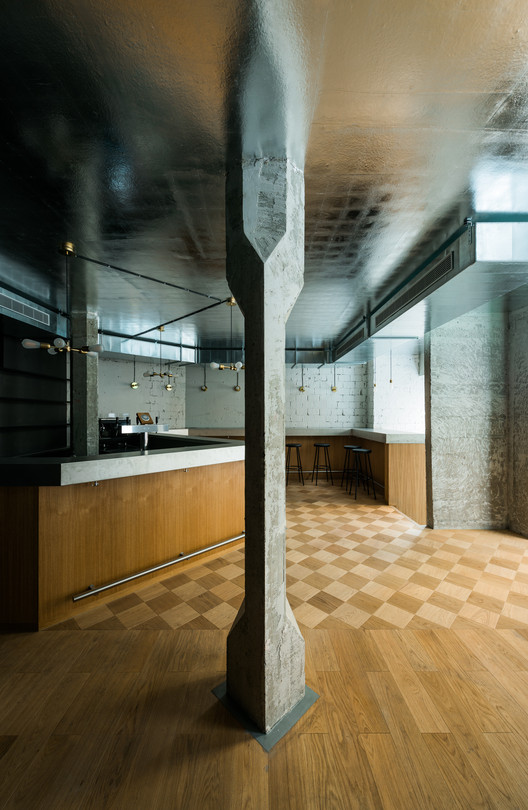 Text description provided by the architects. The Zinnengasse, between Münsterhof and Wühre, is one of the older intact alleys of the left bank of river Limmat and Zurichs’ old town. The edge of the road and the volumetires of the building are still like they’ve been built in the 16th and 17th century. The houses themselves were at least partly broken off and rebuilt in the last century - except for the Neuhaus and Pelican house located directly at the. In the case of the Zinnengasse 7, only the cellar walls of the 17th century Bürgerhaus, as well as individual pieces of the original façade decoration glued to the new façade, are preserved.

After a very varied use in the first 300 years the store locality on the ground floor found a constant use as a restaurant in 1959 - after demolition and reconstruction of the property. As only the second Chinese restaurant on urban land, the "Gelber Schwan" opened the doors and stood for years between distrust and curiosity of the city dwellers. Thus, before our conversion, the interior was also seen as an eclectic mixture of late modern architecture, Swiss "pub charm" and Chinese decor elements.

Space imprint
We consider the three prefabricated concrete pillars as a valuable find in the interior. Placed on a statically meaningful square grid, they zonate the space rather rationally than from design desire. However, their sculptural form-language can withstand the unclear geometry of the space - more still to shape it and to give it an identity. At first sight it is extremely sharp and expressive, but the shape of the support also has a simple, subtractive logic and can be produced by means of four lapidar triangular inserts in a square formwork. An interesting timepiece of the advanced construction technique of the fifties and an occasion to think about the meaning of „the original" in a building with such a long history of change.

Strategy
With our conversion, we do not want to return to a meaniningful particular condition in the past, nor do we want to negate the existing and the history. We are looking for a relaxed contextuality which interprets the existing elements in an unbiased manner and puts them into interesting and surprising, new relationships. Since the character of the existing space largely depends on its heterogeneity, we try to appreciate the haptic, organic qualities of the exposed plaster of the last reconstruction as much as we do appreciate the old foundation walls. There is no more hierarchy of original and change. In the beginning of the planning process, claddings and surfaces were removed and broken off as a quasi-first designer act. The depth of the dismantling procedures was defined ad hoc, from the constant assessment of the found structures and materials, and the newly gained, raw impression of the spatial and material qualities became the starting point for a simple, precise architectural intervention: In an almost installative manner we only added the functional necessary. The atmosphere of the room is created by the tension between the raw elements and the precise, handcraft details of the additions.

Bar
The dining room has a new zoning in two different, equally and quietly proportioned areas. The bar is diagonally placed (parallel to the sculptural columns) into the otherwise undirected room and wraps itself as a continuous element, from the rear part of the room up to the facade. With the help of this geometry, we are able to create different kind of bar zones. Guests can sit facing the barkeeper with a view of the spirits rack, stand as a more intimate group on the rough side wall or watch from a distance, the happenings in the Old Town alley. When facing the window. The lighting is analogous to the bar: in a likewise continuous line of open light bulbs, it follows the counter with the appropriate fixtures corresponding to the spatial situation and illuminates it from close up without causing the entire room to appear unreasonably bright. The space between the bar has been designed with a (also diagonally laid) massive panel tray and gets a pleasant proportion and a high atmospheric density.

Restaurant
Despite the proximity to the bar, there is a much quieter and more concentrated atmosphere to the left of the. The geometries and details of the additions are simpler and more regular. The old walls were roughly plastered and painted in a dark color. The parquet is laid in long belts running transversely to the façade. The ceiling (a series of felt-covered wooden slats (leaves the room appear lower) leads to a duller acoustics and to a more even basic light, which is accompanied by candles on the tables that are made from the same oak as the floor. Here the room runs up to the facade and the glass folding wall can be opened completely in the summer. 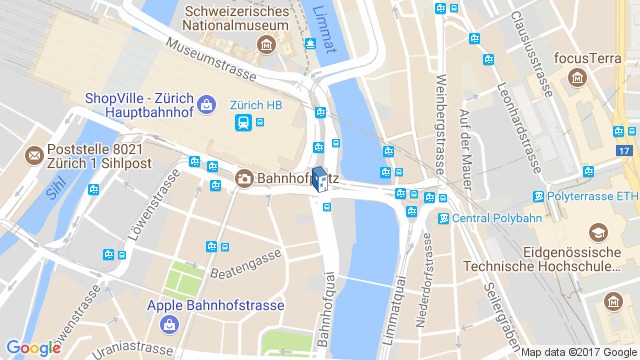