Skidmore, Owings & Merrill (SOM), in collaboration with landscape architects Grant Associates, has been selected as the unanimous winner of the International Urban Design Ideas Competition for the Financial District and Marina District of the Port City Colombo, Sri Lanka. An extension of the existing Colombo Central Business District (CBD), the new Port City district will comprise a whopping 269 hectares of development, transforming the area into a hub for commerce, tourism, and culture. 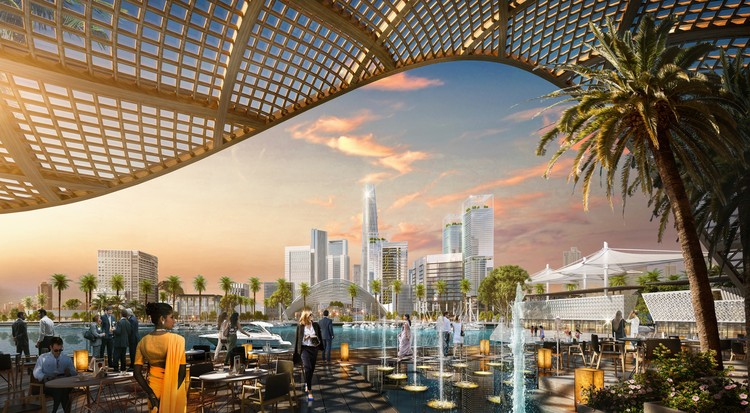 Recognized by the jury for its exceptional ecological and cultural sensitivity, SOM’s master plan consists of a series of urban elements – squares, canals, gardens, a park and harbor – that draw from Sri Lanka’s unique geography and ecology. A central civic plaza features shaded promenades inspired by hanging gardens, which extend around the perimeter of the new marina.

“The locally resonant design approach is also apparent along the canal edge promenade, where inlets of varying character reference the lagoons of Sri Lanka’s rich and articulated coastline,” the architects explain.

A waterfront cultural venue located adjacent to the CBD of Port City Colombo will also draw people toward to marina, as well as serve as an iconic backdrop for gathering and events. The various towers designed for the plan will come together to create a “striking, legible” skyline that presents itself toward several key points throughout the city.

The master plan has been developed within a sustainable development framework that will allow the the district to grow and adapt to future concerns. A timeline for construction estimates the project to complete by 2041. 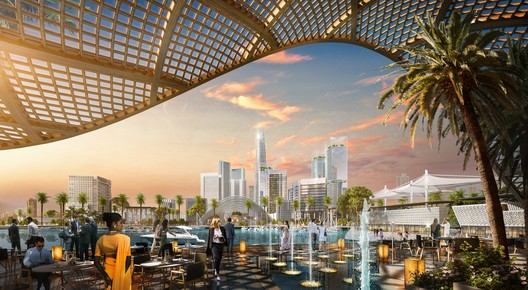