Russian architecture firm AI-Architects has been selected as the winners of a competition to design the new Sheremetyevskaya Metro Station in Moscow, Russia. The open international competition sought proposals for three stations to be located along the capital’s new metro line: "Rzhevskaya," "Sheremetyevskaya," and "Stromynka." The other two winning firms included Blank Architects for the “Rzhevskaya” station and Map Architects for the "Stromynka" station. 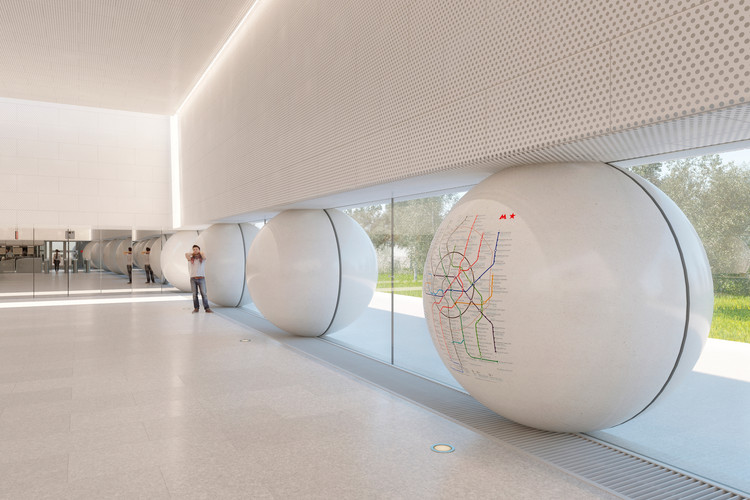 AI-Architects’ scheme draws from the materiality of “Russian aristocratic traditions” and employs a series of rounded forms, which the architects refer to as “friendly” and capable of filtering large flows of people to and from the station platform.

The design of the Sheremeryevskaya station combines the grandeur of Moscow’s historic stations with the ergonomics, functionality and practicality of the city’s more modern stations, resulting in a project that the architects describe as both “elegant and technological.”

Named for the Russian nobleman Count Sheremetyev, the station will feature porcelain sets and tiles, a material common to the architecture of Russian nobility. Above ground, spherical glass pedestals support the 70-meter-long station roof, giving it the appearance of floating. This language is continued to the underground, where rounded pylons feature a granite finish meant to resemble cracked porcelain pieces.

Several design choices inside the station help to improve the user experience, including benches integrated into interior walls and mirrored surfaces intended to reduce the speed of passengers, who will involuntarily slow down to look at their reflection.

This is the second significant commission for AI-architects in Russia’s capital city, following the completion of the redesign of Borovotskaya Square in the historical center of Moscow by the walls of the Kremlin.

Construction on the Sheremeryevskaya station is estimated to be completed in 2020. 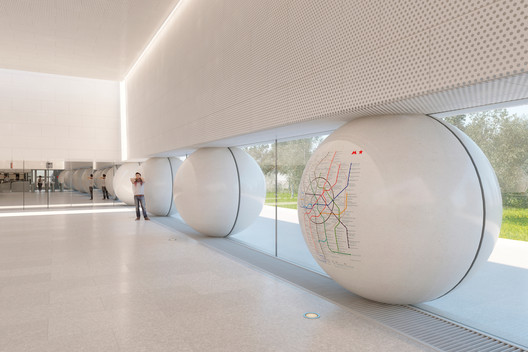