Russian architecture office Blank Architects have won a competition to design the Rzhevskaya Metro Station in Moscow, Russia. The open international competition searched for proposals to design three stations along the capital’s new metro line: "Rzhevskaya," "Sheremetyevskaya," and "Stromynka." Blank Architects is one of three architecture offices winning proposals for each station, with AI Architects chosen to design "Sheremetyevskaya" station and Map Architects winning "Stromynka." Designed as a sequence of arches and topped with a transparent pavilion, the proposal creates a dialogue between monumental and light elements - a modern addition to the city’s architectural identity. 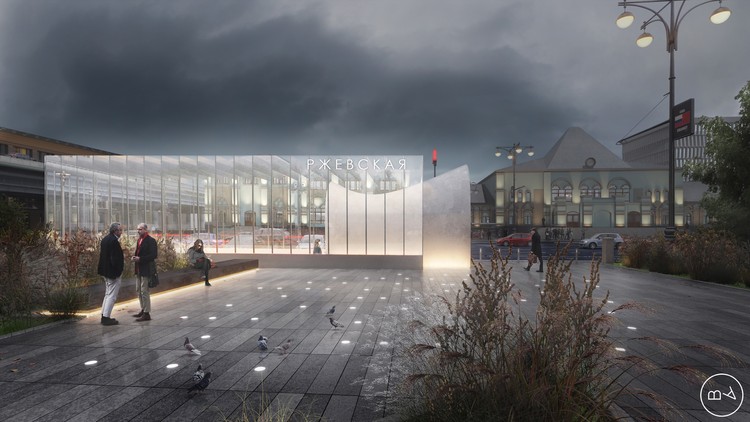 Blank architects won competition for Rjevskaya metro station! We are happy. Watch in all TV sets of the world !

The Moscow City Administration held the open metro competition, with a final stage held as a popular vote towards the final 9 proposals. Over 200,000 people voted on the winning three with Blank Architects securing over 84,000 votes for their concept of a “portal” to the city. Drawing from the site of Rizhskaya Square itself, the design responds as a gateway expressed through the timeless element of arches:

Over the last several hundred years, Rizhskaya Square was both overtly and discretely considered the entrance to the city. Taking a cue from this, we decided to incorporate this history into our design and to look at our station as a ‘Welcoming Gateway’, a place where the city center meets the surrounding areas, where passengers both greet and say farewell to the capital city – Blank Architects.

The interior of the station is composed of arches running from entrance to entrance, with the central gallery featuring a monumental dome. The arches will be aligned perpendicular to the station’s main gallery, reflecting the new direction in which passengers use the new metro line.

Horizontal and vertical light elements are added throughout the passageways, creating a comfortable indoor atmosphere for passengers to walk through. Colour plays a key role in the design, with the cold metal and glass of a typical metro station softened by the pink color of the floor. Travelers are also guided by a luminous yellow color towards the existing Rizhskiy station passage, connecting the two together.

The entrance pavilion to the station serves as a discreet marker: designed to be completely transparent. Passengers will be able to see through the pavilion towards Rizhskiy Railway Station and Rizhkaya Square. “The overall impression is very light,” explains Partner Magda Kmita: “we wanted our new building to smoothly blend in with the surroundings.”

In our vision, this minimalistic yet monumental concept transports a modern approach to today’s Metro design. We believe that a strong identity bring new values to the visitors. It is unique and sends an instinctive message to everyone - Magda Kmita, Partner and Senior Architect at BLANK Architects.

Rzhevskaya Metro Station is set to begin construction shortly. The three stations are scheduled to open in 2020.

Known as one of the world's grandest subway systems, the Moscow Metro is filled with materials more commonly associated with palaces or museums - marble and granite walls, bronze columns, and lavish chandeliers are just a few of the opulent textures you'll find beneath the streets of Russia 's largest city.

25 From the architect. The house is located in the XIX century village that is built among two lines of roads crossing in the heart of the community. The crossing is accented by landmark church. The original backdated cottages are lined regularly among the roads and their brick façades with gable roof always facing the road. 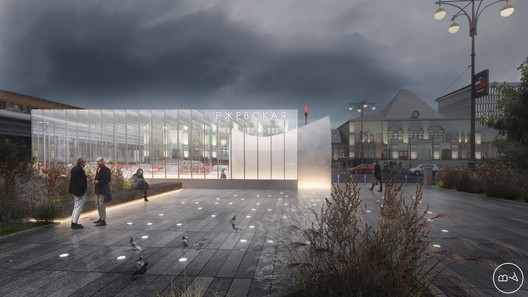