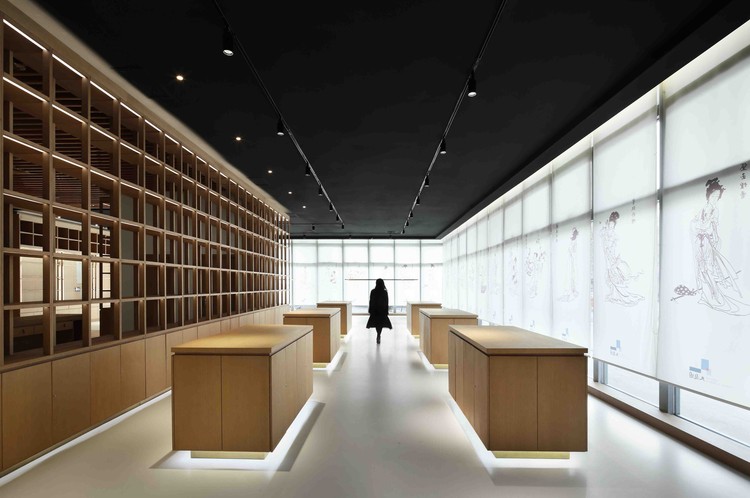 Text description provided by the architects. In 2015, the Jiangsu Soho International Group Corporation, one of China’s most renowned silk export companies, began a collaboration with the Nanjing Museum Administration. This project became known as the Cultural Innovation Store. The store has now been completed and showcases a variety of silk artefacts on display as part of the Da Guan Yuan, providing a leisurely space for visitors to enjoy. The area is situated in the west wing on the ground floor of the Jiangning Imperial Silk Manufacturing Museum, located at the intersection of Taiping South Road and Changjiang Road in Nanjing.

The museum’s west wing was previously occupied by an arts and crafts retailer. It lacked a distinctive key feature to attract and retain visitors. In addition, the space contained inadequate resources and information about the store to encourage further interaction with the museum. Despite it being the final destination of the gallery exhibit, it did not provide a common area for people to sit and reflect over a cup of coffee. Due to these reasons, the space was not utilised to its full potential.

One of FANAF’s greatest challenges was to create an integrated part of the Jiangning Imperial Silk Manufacturing Museum while still retaining its own individuality. FANAF chose timber to reflect the atmosphere of the rest of the museum. Inspired by the organic manufacturing process of silk weaving, FANAF proposed this concept of gentle overlapping and repetition, which came to be known as ‘superimposition and superposition’

The project called for a space that would allow the facilitation of three key functions, in the form of a relaxing common area, an attractive exhibition space, and a state-of-the-art retail destination. To implement this vision, FANAF proposed a concept consisting of two contrasting design themes. The first theme features an all black-and-white palette to accommodate the exhibition’s surroundings. This monochromatic concept is exhibited through the displaying of ornate garments on metal coat hangers and display counters. Traditional ink illustrations of the twelve beautiful women from the Great Classical Novel, ‘Dream of the Red Chamber’, line the walls on white scrolls. The second theme employs timber for a natural and timeless design aesthetic. The timber is layered through the common areas of the space, with the ceiling, floorboards and display shelves all lined with the same textiles.

The Cultural Innovation Store’s captivating elements will assist in guiding people through a journey of vivid artworks, generating interest and people flow. The quality materials used and simple yet delicately designed décor will enhance the visitor and customer experience and allow the appreciation of art in a welcoming, advanced modern space. 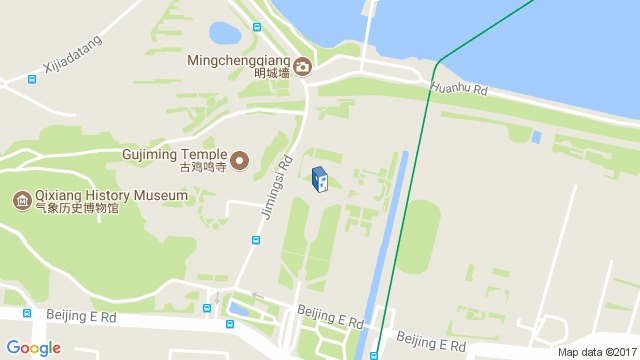 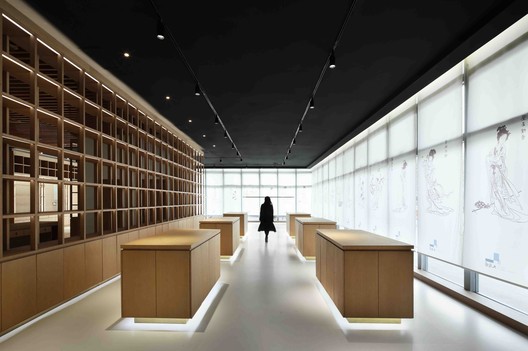