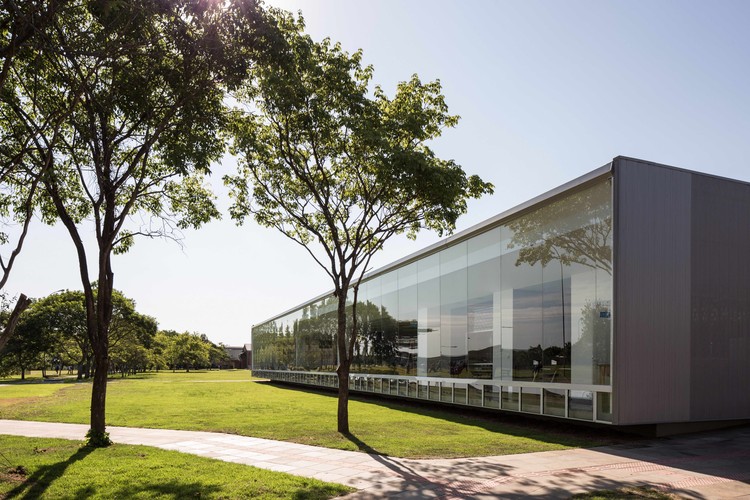 Text description provided by the architects. The oportunity to design an industrial restaurant from the ground up became a reality when the company Dana Holding Corporation presented the need of a new restaurant for its Industrial Complex in the city of Gravataí, in southern Brazil. The goal was to unify the two existing restaurants of the complex into a completely new, accessible building, with better quality and comfort for the employees. In common agreement between client and architect the premises of rationally using the natural resources and giving special attention to energy consumption were essential for the decisions that resulted in the strongest points of the design.

The internal finished floor of the building is elevated 60cm of the surrounding pavement, providing a better thermal performance by limiting the contact with soil humidity. This also levels the floor with the necessary height for the docks in the back of the lot, facilitating the loading and unloading of the heavy vehicles.

The solar orientation and the ventilation openings were designed to maximize the use of natural light and ventilation, reducing the need for artificial illumination and air conditioning. In the south facade a lower line of pivoting frames receives the natural external air, which crosses the dining hall creating a negative pressure and making the hot air to leave through the upper line of pivoting frames with bigger height on the opposite side, naturally renovating the air through the garden that separates the dining hall from the kitchen area.

The minimum waste of construction material, provided by the main metallic structure, the reuse of rain water for the toilets discharge and the use of LED lights were essential in a building that will function intensively every day, being capable of providing up to 2.440 daily meals (between lunch and dinner). The external finishing of the east and west facades is made with a wavy metallic sheet, plain in the closed areas and perforated in the illumination and ventilation openings, providing privacy without compromising the thermal and visual performance. The organization of the workspaces inside the kitchen also deserves recognition: with a continuous flow from beginning to end of the production the restaurants goods arrive in the receiving dock and travel through the phases of pre-cleaning, stock, preparation and cooking until they become the waste that are withdraw through the exit dock on the opposite side. This internal use layout allow for a working environment extremely clean and organized, considerably diminishing the risk of food contamination during the complex operation process of an industrial kitchen.

The internal layout of the building and its garden, with large glass surfaces overseeing the kitchen area allow the opportunity for the employees to closely observe the different stages of the production process and food preparation, bringing an aspect of transparency and learning to an environment that usually does not have these characteristics. The building has a drugstore, a snack bar and also an organic garden where the kitchen's own operation team can plant what they want for internal 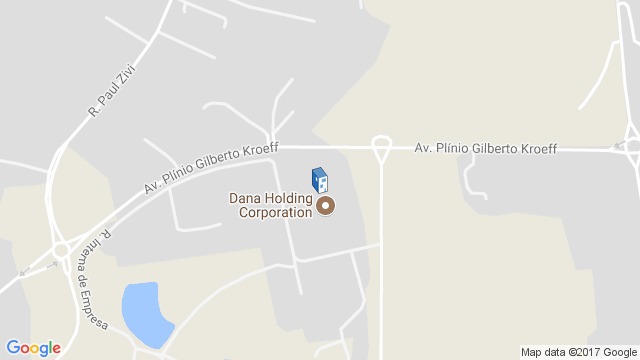 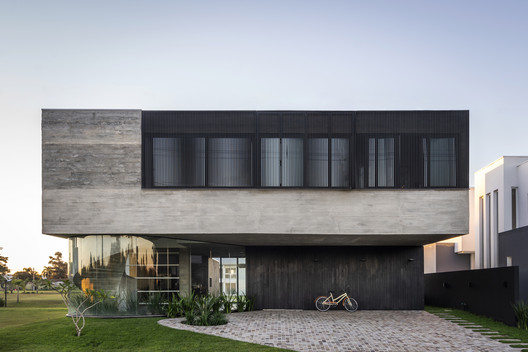 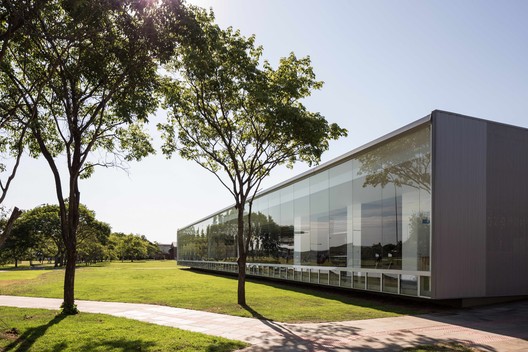