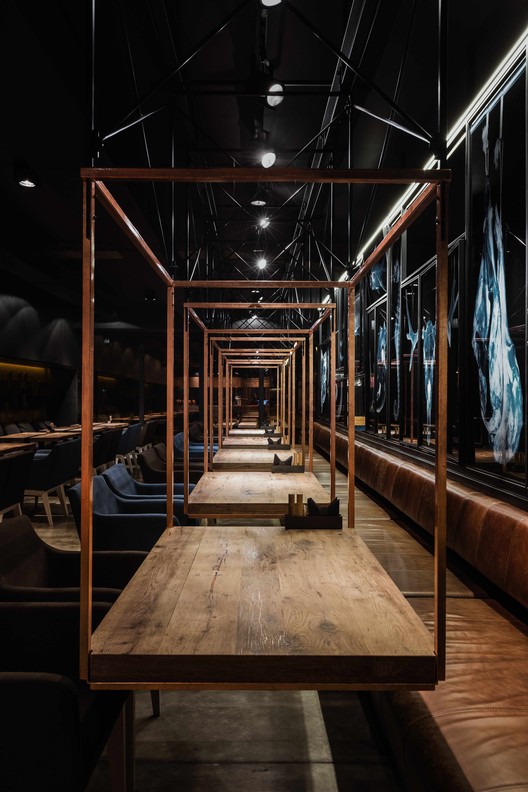 Text description provided by the architects. Sazha - it's a meat restaurant in Sumy, focused on developing the culture of consumption of steaks in the city.

The restaurant's building, like the whole architectural ensemble of the street where it is located, is an example of Soviet constructivism. Therefore, in our opinion, it was the quite logical decision to realize the interior of restaurant in a modern style, departing from the principle of the classic steakhouse. A picturesque Ukrainian name "Sazha" (soot - is a black powder mass that is deposited in the furnaces, chimneys owing to incomplete combustion of fuel) became both a starting point for creating the atmosphere of the restaurant, and bright reflection of its overall concept.

The restaurant's interior is realized in black and gray tones with blotches of bright copper color in the decoration and blue in the furniture. Such color gamma, enhanced by the play of light and shadow, creates the impression of flicker of fire. Also in the design of the restaurant used materials that have undergone heat treatment similar to the way that meat goes: granite and dry oak tree are heat treated; hot rolled metal with scales, visually resembling meat in the cut of fiber, is burned; and on the glass thermal printing is used.

The anchor element of the interior is a large screen with X-ray images of various animals. It passes along the entire reataurant and zone it into two parts. On these pictures are depicted the skeletons of animals, and through the prism of X-rays it's possible to see their inherent beauty. Another highlight of the restaurant is the pendant tables, which also are the movable sections. It is possible to link them among themselves depending on the number of people in the company. The line of the pendant tables symbolizes a conveyor for carcasses in the meat department.

Meat and concomitant processes of its preparation are the key elements, around which the whole concept of the institution is tied. That's why at implementation of this project we tried to reflect fully the entire aesthetics of backstage processes in the culture of meat consumption. 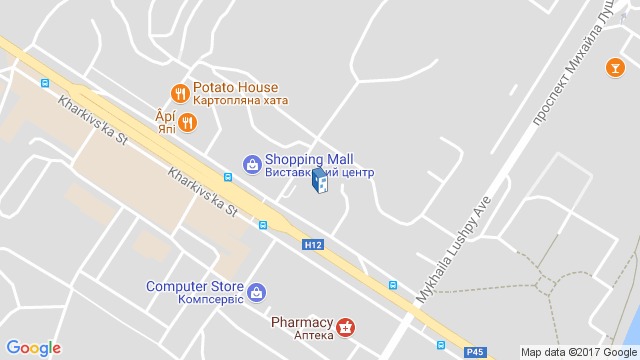 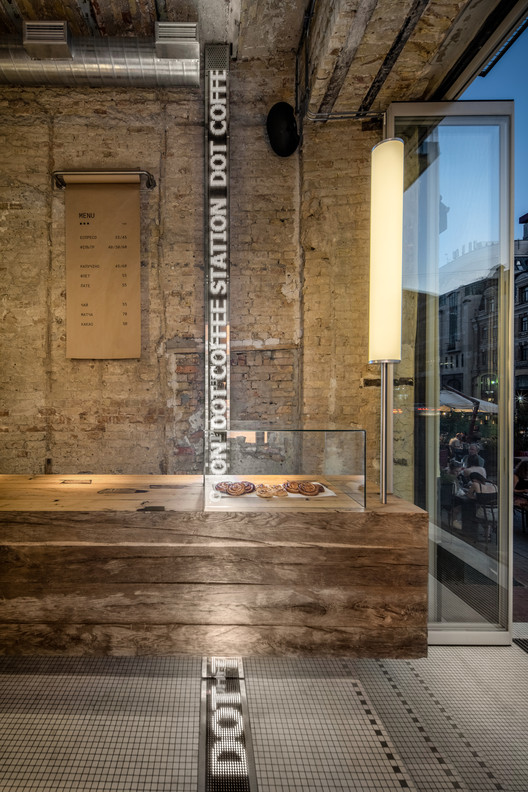